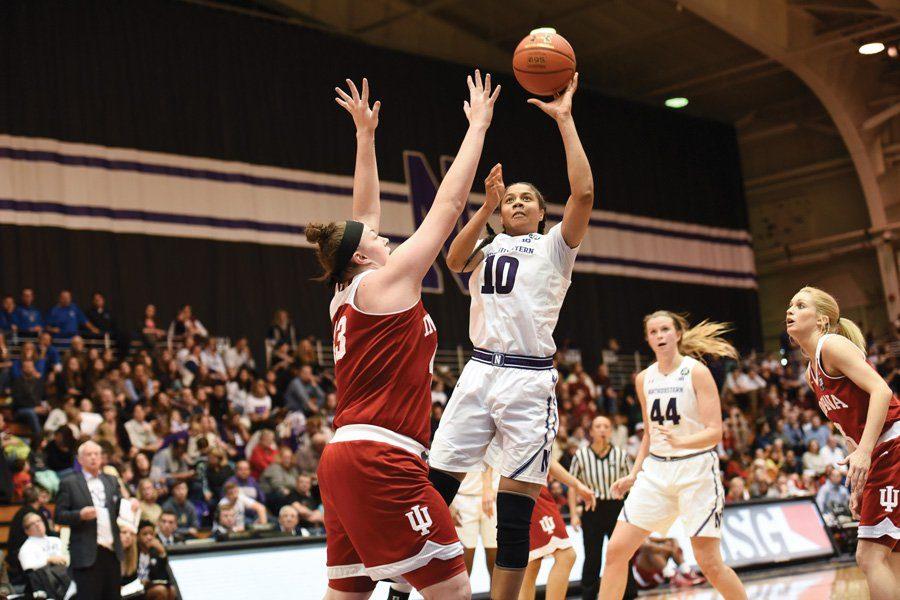 Over its past four games, Northwestern seemed like it had forgotten how to win, but that wasn’t the case Sunday at Welsh-Ryan Arena.

In front of a relatively large home crowd, the Wildcats (18-9, 7-7 Big Ten) hardly had trouble with bottom-feeding Illinois (8-19, 3-11), cruising to a 66-53 victory. On Senior Day, it was only fitting that senior forward Nia Coffey and senior guards Christen Inman and Ashley Deary led the way, tallying 18, 16 and 14 points, respectively.

“We have a great bond, on and off the court, being roommates with each other and living so close to each other, and then bringing that camaraderie onto the court,” Inman said. “We knew we had never won (on Senior Day) and that was one of our goals — to make sure that on our Senior Day we got a win.”

Prior to the game, all five NU seniors — Coffey, Deary, Inman, Lauren Douglas and Allie Tuttle — were honored. Each player was presented with a framed jersey and walked out with their parents to cheers from the crowd.

Additionally, Sunday’s starting lineup comprised the five seniors. It was the first time the group had started together since Jan. 7 in a 96-65 loss at Maryland.

“I had the opportunity to recruit all five of them, and the impact that they’ve had on Northwestern women’s basketball is incredible,” coach Joe McKeown said. “It’s going to last a lifetime, I’m really really proud of them.”

The teams played it close in the first half Sunday, as the Fighting Illini kept their deficit within six through the opening 15 minutes. But the Cats closed out the half on a high note thanks to a 12-3 run following the second quarter media timeout.

In the second half, Illinois continued to struggle against an NU defense seemingly rejuvenated after falling flat its last four games. The Fighting Illini committed 23 fouls Sunday compared to their opponent’s 13 and were outrebounded 12-6 on the offensive side of the ball.

“It’s something we haven’t been doing the past few games, so we knew we needed to be aggressive,” Deary said. “Then (the free throws are) just easy points.”

The Cats have just two games remaining on their schedule before the Big Ten Tournament begins on March 1 — home against Rutgers on Thursday and at Purdue next Sunday. NU will likely enter the conference tourney with a single bye and currently sit in ninth place in the Big Ten.

An at-large bid for the NCAA Tournament will be difficult for NU at this point in the season. But if the Cats can win their final two regular season games, in addition to stealing a game against Maryland, Ohio State or Michigan in the Big Ten tourney, the committee might at least consider NU come Selection Monday.

“It was a good, solid win, puts us right back in the thick of things in the Big Ten,” McKeown said.

Correction: An earlier version of this article listed Northwestern’s upcoming game against Rutgers for Wednesday. It is on Thursday. The Daily regrets the error.