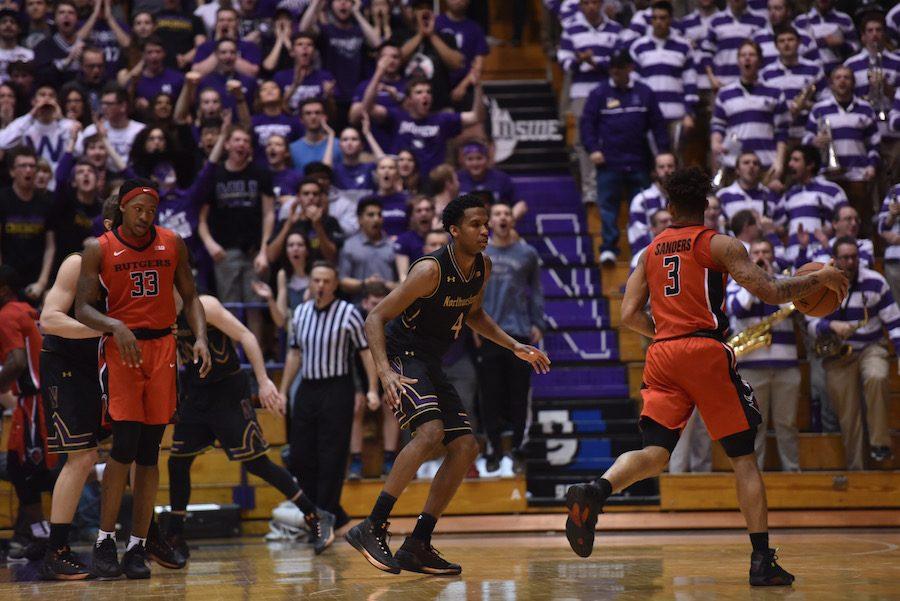 Welsh-Ryan was rocking again on Saturday.

In spite of a sleepy performance in which the Wildcats got crushed on the boards, experienced lengthy stretches of offensive futility and failed to score a fastbreak point, a sold-out crowd electrified the arena late in Northwestern’s battle with Rutgers.

When junior forward Gavin Skelly hit a 3-pointer to cut the deficit to 1 with 2:03 to go, the crowd rose to its feet. And when junior guard Bryant McIntosh hit a pull-up 3 with 58 ticks left on the clock to give the Cats the lead, the roof nearly blew off the place.

The late push allowed the Cats to avoid an upset loss that would have represented their fourth defeat in five games and dealt a blow to their hopes of making The Dance.

The visitors looked lost offensively during NU’s final run, missing four out of their final five shots and coughing up a crucial turnover with nine seconds to play. But Rutgers coach Steve Pikiell, speaking in a rasp, said he didn’t think the crowd lost his team the game.

“I don’t think it affected us other than I had no voice to call plays,” Pikiell said.

NU coach Chris Collins said his team fed off the crowd in the final four minutes, though.

“If you’re not getting any success, it’s hard to get energy. So to get the energy from the crowd was big,” Collins said. “Our defense was at its best at the end. I thought it was (because) we got more … juice from the energy of the crowd.”

With NU marching closer and closer to its first-ever NCAA Tournament appearance, the program is on its way to a banner year for attendance. The team’s final two home games are both sold out.

The larger crowds have corresponded with better atmospheres at a venue that often turned into a graveyard late in conference play in past years.

This season’s convincing wins over historic conference powers like Indiana and Iowa have brought boisterous crowds to Welsh-Ryan Arena. But Saturday’s game against lowly Rutgers, played on a startlingly sunny and warm February evening, showed Cats fans will turn out in all conditions for this year’s squad.

“It’s something that maybe hasn’t always been here,” Collins said of the atmosphere. “But to see it now, hopefully that’s something we can continue.”