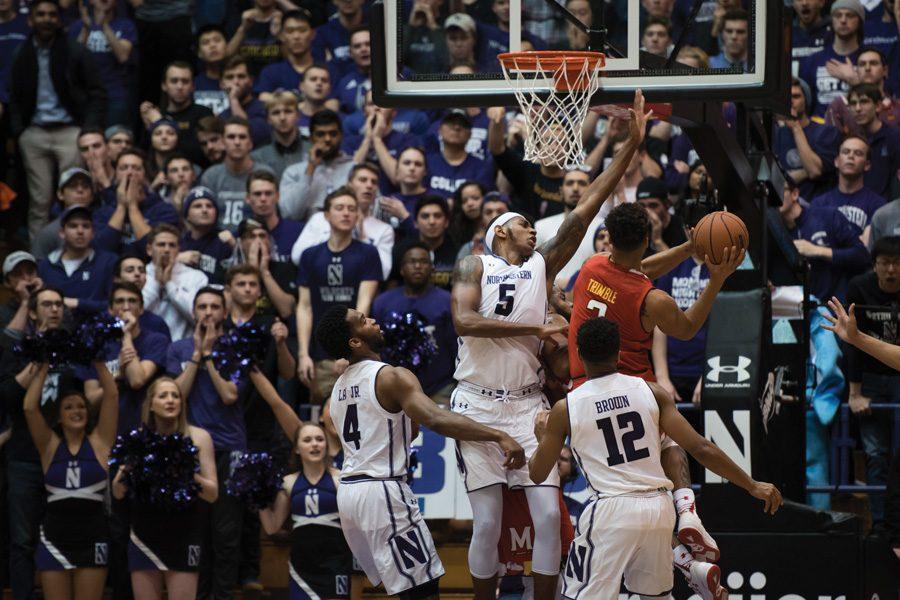 Melo Trimble drives into the paint. The junior guard lit up the Cats for a career-high 32 points.

So he got a haircut.

“The back of my head had some wind to it,” he said afterwards, grinning.

After scoring just 3 points through the first 10 minutes, Trimble abruptly shifted into an unstoppable mode — unstoppable on the perimeter, unstoppable at the rim and unstoppable everywhere in between, too. The Terrapins’ leading scorer this season went 4-for-5 from deep, drew four shooting fouls — and still made the shot on three of them — and even pulled down four rebounds.

“Personally, I think I could’ve guarded him a lot better,” Law said. “Early I did a good job, I had a couple blocks, kept him out of the lane, but I then just let him go. I wore down and, on pick and rolls, he really got a lot of space between me and the ball screen, and when he’s attacking downhill on Dererk that just puts too much pressure on Dererk.”

And when senior forward Sanjay Lumpkin was shifted onto Trimble in a desperate attempt to slow him down, Trimble ended the experiment immediately by swishing a 3 over Lumpkin.

“It was pretty obvious he had another gear tonight,” Maryland coach Mark Turgeon said. “He looked fast. We’ve added some things in the last 10 days or so that we haven’t been showing a lot … and it opened the floor a little bit more for him.”

Trimble had struggled in his last three outings, shooting 11-for-39 from the field and 2-for-14 from deep as the Terrapins suffered two losses in that span. But that trend changed quickly in Evanston.

“When I saw that first shot go in, I knew, right then and there, tonight was going to be my game,” he said.

The 6-foot-3 guard gave the Terrapins a big advantage early by draining a triple, getting two layups and then blocking NU freshman guard Isiah Brown to set up a Damonte Dodd bucket and stretch the visitors’ lead from 13-9 to 22-11 in a two-minute span. He somehow was even better after halftime, employing his impeccable ball-handling skills and elusive shake moves to rip through the core of the Cats’ defense time and time again.

Ultimately, it all added up to a career-high scoring performance for Trimble and a ship-righting win for Maryland.

“Trimble was fantastic — it was as good as I’ve seen him play,” coach Chris Collins said. “He’s played a lot of good games, so that’s saying something.”