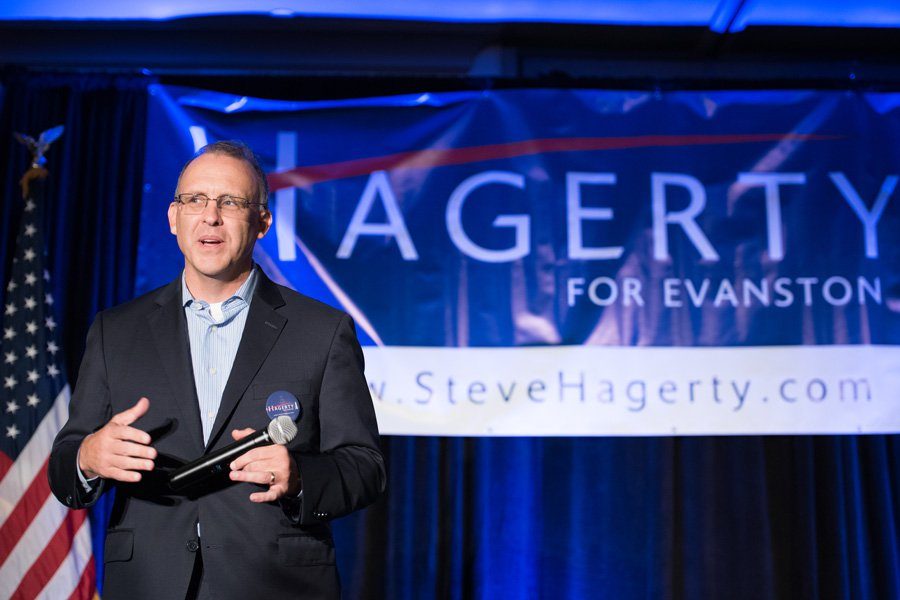 Evanston Mayor Elizabeth Tisdahl endorsed Steve Hagerty — a businessman who has pledged to build on her legacy — as her successor Tuesday.

Hagerty, who has lived in Evanston for 17 years, said he was “thrilled” to gain the endorsement and promised to build on Tisdahl’s “terrific accomplishments” over the past eight years. The businessman kicked off his campaign in October with support from former mayor Lorraine H. Morton.

“I’m thrilled to have such a popular mayor’s endorsement,” Hagerty said. “She’s had some terrific accomplishments and moved things forward. The fact that she has the faith and confidence in me to continue to help the city progress in a positive way is immeasurable.”

“The role of the mayor is to balance lots of competing demands,” Hagerty told The Daily earlier this month. “Strike that balance between smart and sensible economic development and not losing the character of the city. Between keeping all of our neighborhoods safe and not infringing on people’s rights.”

Hagerty owns an Evanston-based consulting firm that employs more than 100 professionals from all over the country and has assisted more than 30 states in recovery and preparedness projects.

Earlier this month, he told The Daily that he wants to transition away from the business and focus on the city.

“I can continue to have a part-time role here with my company, but it affords me the flexibility that I need to help the city,” Hagerty told The Daily last month.

Early voting began Monday ahead of a primary on Feb. 28. The top two candidates will then move on to a general election in April, unless one receives more than 51 percent of the vote, in which case he will automatically win.