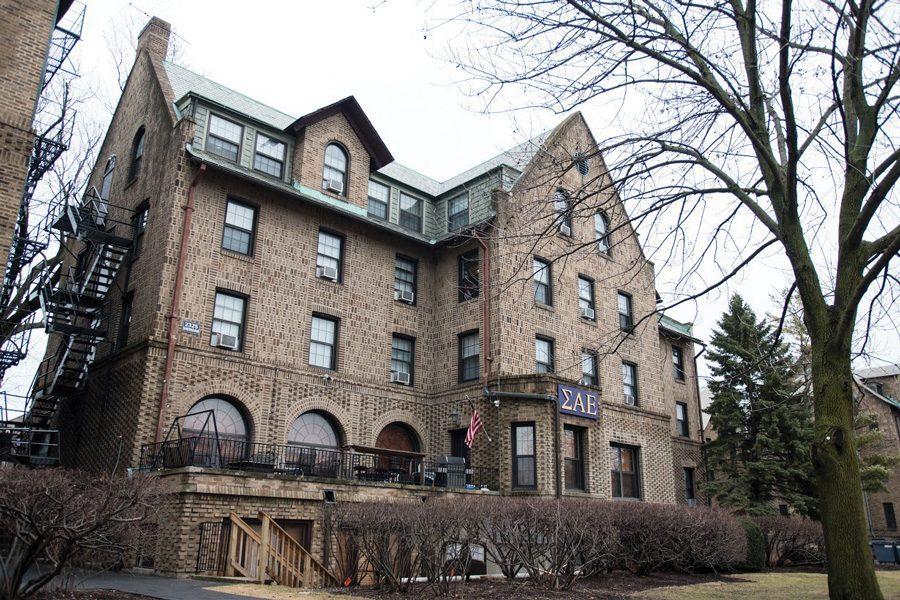 Northwestern's Sigma Alpha Epsilon fraternity was ordered by its national headquarters to halt chapter operations. The University and SAE headquarters are investigating the chapter after NU notified students of a report alleging multiple sexual assaults and druggings there.

Northwestern’s Sigma Alpha Epsilon fraternity chapter has been ordered by its national headquarters to halt chapter operations “until further notice,” after the University notified students last week of an investigation into a report of multiple alleged sexual assaults and possible druggings at the fraternity house.

Brandon Weghorst, a spokesman for SAE’s national organization, said they made the decision to issue a “cease-and-desist order” to the chapter on Thursday. The measure comes amid the headquarters’ own investigations into “separate sexual-assault and alcohol violations regarding the group,” according to a statement on the headquarters’ website.

Weghorst said in an email to The Daily that the order was part of “routine protocol,” meaning chapter activity must halt until after the organization’s investigation is complete. SAE is prohibited from participating in any social activities or university events under the order, Weghorst said, but chapter members will be able to stay in the SAE house as of now.

The SAE house is under private ownership, Weghorst said, and the national organization has no control over it.

The sanction comes after the University issued a security alert to students on Feb. 6 saying it had received a report alleging four female students were possibly given a date rape drug at the SAE fraternity house on Jan. 21. The report alleges that two believe they were sexually assaulted. University spokesman Bob Rowley told The Daily that the SAE-related report was anonymous at the time the alert was sent to students via email.

“When incidents are brought to our attention, we take immediate action, and will not hesitate to take corrective actions or impose sanctions on any member or chapter that fails to follow the stringent guidelines we set forth,” the statement from SAE headquarters said.

The headquarters sent The Daily a statement last Tuesday saying the national organization had launched an investigation into the Northwestern chapter, separate from Northwestern’s investigation.

“We are looking at everything for the chapter from a health and safety standpoint,” Weghorst said. “(We) want to look at the chapter’s social events and how they have conducted them, and whether or not they are complying with what we expect.”

Weghorst said any potential future punitive actions would depend on the circumstances of the investigation but that the SAE national organization typically does not recognize groups not recognized by the university.

The email, sent by Chief of Police Bruce Lewis, also said the University received another anonymous report on Feb. 3 alleging that a female student had been sexually assaulted and potentially given a date rape drug at a separate, unnamed fraternity house the previous night.

On Friday afternoon, hundreds of students staged a protest demanding the removal of SAE’s chapter from campus, marching from the house on North Campus to the headquarters’ building on Sheridan Road. The SAE headquarters’ statement said it “respects the rights” of those who planned to participate in the march.

The Interfraternity Council executive board and chapter presidents decided on Feb. 8 to suspend social events indefinitely following the reports.

This article was updated at 4:45 p.m. with additional comments from SAE national spokesman Brandon Weghorst.