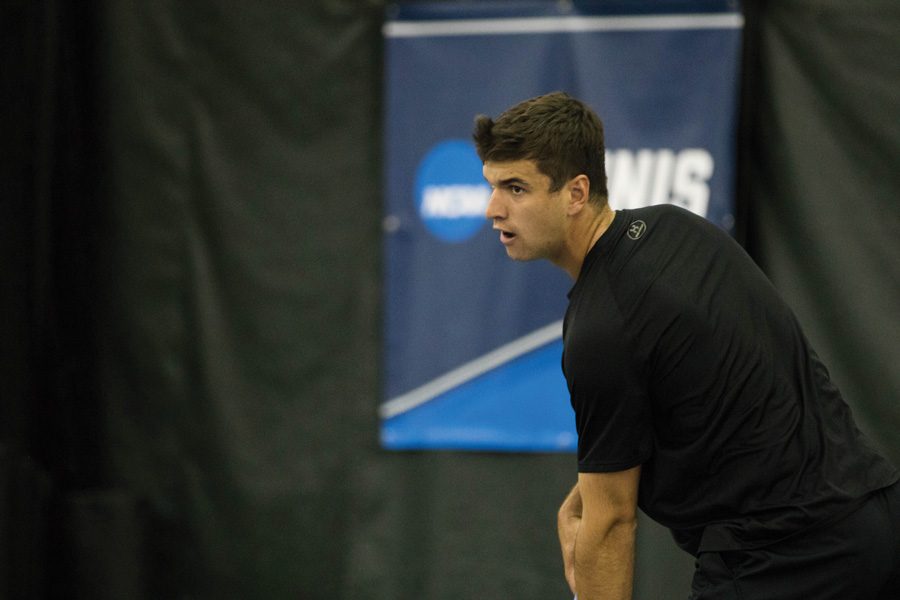 Northwestern set another record on Friday, defeating North Carolina State 6-1 to get off to the first 10-0 start in program history.

The Wildcats (10-0) travelled to Raleigh where they soundly defeated the Wolfpack (6-3). The 2017 Cats took the record from the 1989 team, which started its season with nine wins.

“It’s a great accomplishment for these guys,” coach Arvid Swan said. “There have been a lot of great teams over the years at Northwestern. They’ve come to play every match and played the right way. It’s a credit to them.”

The match began as all the others have this season, with NU winning the doubles point to take a 1-0 lead. The No. 2 and No. 3 doubles pairs clinched the point, winning each of their sets 6-3. The No. 2 pairing of senior Strong Kirchheimer and freshman Dominik Starý continued its hot play, notching an eighth-straight win.

The doubles win gave the Cats an early lead and momentum heading into singles play.

“It’s definitely encouraging to get the doubles point,” sophomore Ben Vandixhorn said. “They also bring a lot of energy to the match which helps us.”

In the early singles slate, straight-set 6-1, 7-5 wins from Kirchheimer and Starý and a straight-set loss by senior Sam Shropshire put NU ahead 3-1.

Senior Konrad Zieba lost his first set at No. 3 singles, but then battled back in the second and rolled in the third to get the win and secure the fourth and clinching point for the Cats. Vandixhorn and sophomore Jason Seidman, at No. 5 and No. 6 respectively, played out their singles matches and added two more points to lift NU’s final score to 6-1.

For Zieba, the match was his eighth straight singles win since his loss in the season opener. At No. 1 doubles, Zieba and his partner Shropshire are undefeated, lifting Zieba’s overall win streak to 14 dating back to Jan. 15.

Kirchheimer’s rise this season has forced Zieba from the No. 1 singles spot he occupied last year to No. 2 or No. 3 singles, but the senior said the key for him has been a consistent approach.

“Approaching every match the same and competing well even when we’re down a break has helped,” Zieba said. “Having a level-headed mentality during each match has been important.”

That mentality will be tested when the Cats and their perfect record head to Charlottesville next weekend for the ITA Indoor Championships with 16 of the best teams in the nation.

“It’s an exciting start,” Zieba said. “Next weekend we’ll get to play some of the best teams in the country and get to prove ourselves.”