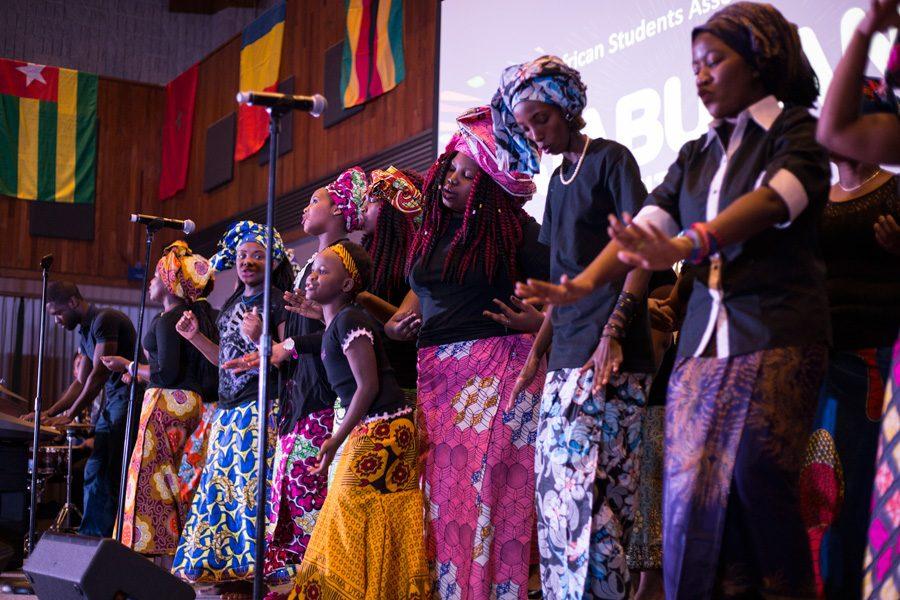 ASA’s community engagement chair Diane Arthur, who organized the event, said the group organized the Jabulani Culture Show to give NU students of all backgrounds an opportunity to engage with African culture.

“We’re one of the only voices for Africa as a student group on campus, so it’s important that people are able to see different ways that African cultures celebrate,” the SESP senior said. “This is really the only time when students can see what African celebrations look like.”

Weinberg freshman Danielle Chamberlain, who attended the event, said having a space for cultural celebration allows people to “feel comfortable and express themselves.” She said just watching the performances made her feel more confident in her own skin.

The models at the event wore handmade pieces designed by Chicago-based stylist
Jennifer Akese Burney, who said partnering with ASA was a way for her give “agency” to African students and their stories.

“My clothing is about an African commentary and actually telling people our story,” Burney said. “Our story is lined up with our fabrics, our clothing, our way and style of living.”

Burney, who also partnered with ASA two years ago, said the fashion show in particular helped dismantle the notion of African homogeneity.

“It’s a great teaching tool to help educate people,” she said. “There’s this knowledge or mentality that Africans are one sort of way, so this is a great window to show people who actual Africans are and what they represent.”

Model and Afro Thunder dancer Ekene Nwosisi said participating allowed her to express her love of fashion and connect with her Nigerian roots. The Weinberg freshman added that the event had a largely “unifying” atmosphere.

“It’s so important that people feel free and they don’t feel not judged, and it’s not like people of other cultures can’t come,” Nwosisi said. “It’s beautiful to see different people appreciating African cultures.”