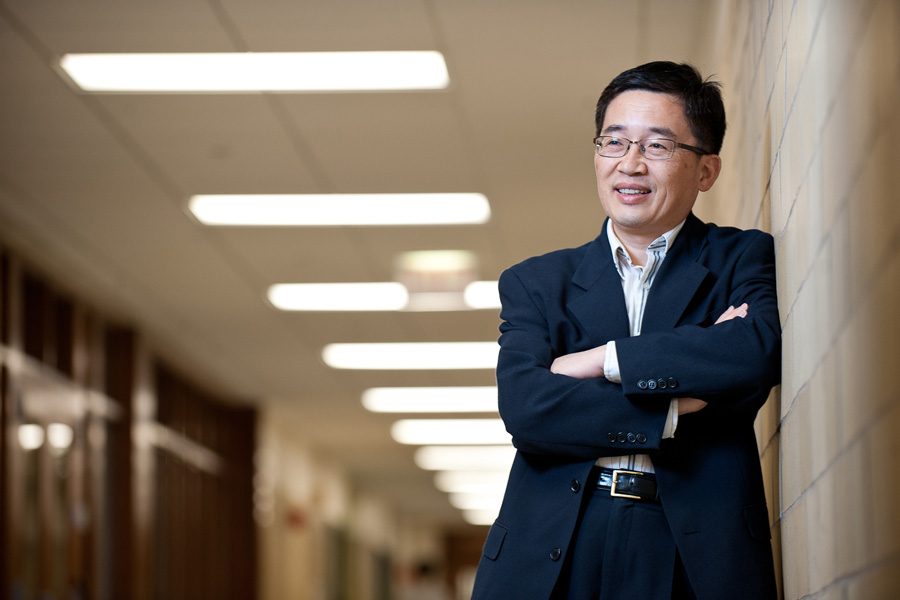 McCormick Prof. Yonggang Huang is a Walter P. Murphy professor of civil and environmental engineering and mechanical engineering. He was elected to the National Academy of Engineering earlier this month.

McCormick Prof. Yonggang Huang was elected to the National Academy of Engineering earlier this month as one of their 84 new members.

Huang is a Walter P. Murphy professor of civil and environmental engineering and mechanical engineering and also teaches in the materials science and engineering department. His research specializes in the mechanics of stretchable and flexible electronics, such as his work developing a wearable health-monitoring device, which was cited by the NAE for its “pioneering work.”

McCormick dean Julio Ottino, who has been an NAE member for 20 years, described the selection process for the NAE as intensive. It includes an anonymous nomination by an academy member, letters of support from other members and final consideration by a committee of professionals in academia, the engineering industry and the government, Ottino said.

Huang said he is not sure what effect the NAE will have on his professional career, but that he may have more opportunities to serve on panels that involve engineering and his specific brand of research.

“It is really just an honor,” Huang said.

McCormick Prof. John Rogers, who has produced over 200 scientific publications with Huang, described their professional relationship as “spectacularly productive.” The two have worked together for 11 years both at NU and previously at the University of Illinois.

“He is probably the most talented theoretician I’ve ever met,” Rogers said. “He’s an excellent collaborator and … a spectacular teacher as well.”

Although he was elected to the NAE for his research efforts, Huang said he also enjoys his role as a professor and views his teaching as equally important to research.

In September, Huang received the Cole-Higgins Award, which is given annually to McCormick professors who demonstrate excellence in teaching and advising.

Anna Deng, a McCormick freshman currently taking Huang’s engineering analysis class, said the professor has made the science much easier for his students to understand.

Ottino praised Huang’s ability to be successful in various aspects of his scientific career.

“What makes him really special is that he’s obviously a great researcher, and that is how he was elected to the National Academy, but he’s also a great teacher,” Ottino said. “He’s living proof that you can be both.”