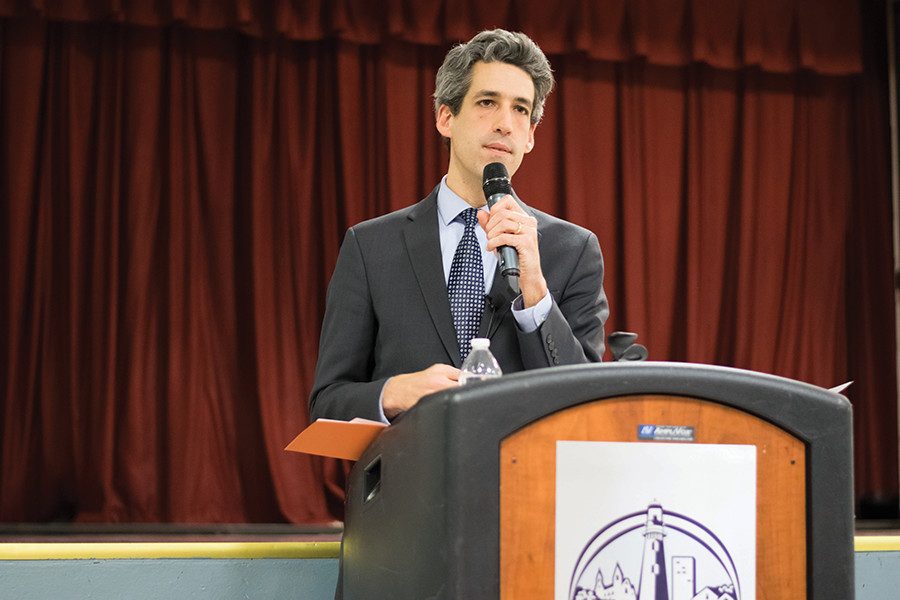 The bill would create a publicly-funded matching program for small campaign donations in the state, but would not limit candidates from forgoing the program and sticking with the traditional system. Candidates who choose to participate in the small-donor matching program would be required to limit the size of individual contributions.

Biss said at a news conference that the bill would encourage candidates to refocus their political efforts on “ordinary people.”

“Our political system is one where power is concentrated in the hands of a very small number of people,” he said. “We want to elevate the voices of ordinary people whose role in politics has been nearly silenced for too long.”

The program would match donations from $25 to $150 at a 6:1 ratio, Biss said, and would limit individual contributions to $500. Candidates for governor would be able to receive a maximum amount of $5 million. The limit is $1 million for attorney general candidates.

Candidates for the state senate would have a limit of $300,000, and those running for state representative would be limited to half that.

The legislation is based off a similar system in New York City.

Biss said candidates, while not forced into accepting the publicly-matched funds, would be encouraged to do so. The small-donor matching system was “the people’s way” to campaign, Biss said.

“Candidates are scared not to opt into the matching system,” he said. “This creates pressure on people without taking away anybody’s constitutional right to do things the old way.”

According to information from the Illinois Campaign for Political Reform, the legislation would apply to statewide races and would need $1 per Illinois resident per year to function. Biss said a board would be set up under the jurisdiction of the State Board of Elections to administer the program. If passed, the board would be appointed in 2018, but the legislation would not apply to the 2018 gubernatorial election, Biss said.

Illinois saw the highest number of total contributions from large donors in the country during 2014, according to the ICPR, when 21 donors gave $108.8 billion.

David Melton, senior advisor of the ICPR, said the program was “overdue” for Illinois.

“(The current system) has shifted the attention of politicians unduly to the interests of the wealthiest individuals in our society,” Melton said during the news conference. “Those are the people they have to keep the most happy because those are the people that gave them the money to run for office and to stay in office.”

Alexis Vega, a student at the University of Illinois Urbana-Champaign, said during the news conference a small-donor matching program would increase student involvement in politics.

“Students who donate a small amount of money will have more of influence in the political process,” she said. “(It’s) a new avenue for political participation for those on the lowest end of the spectrum.”