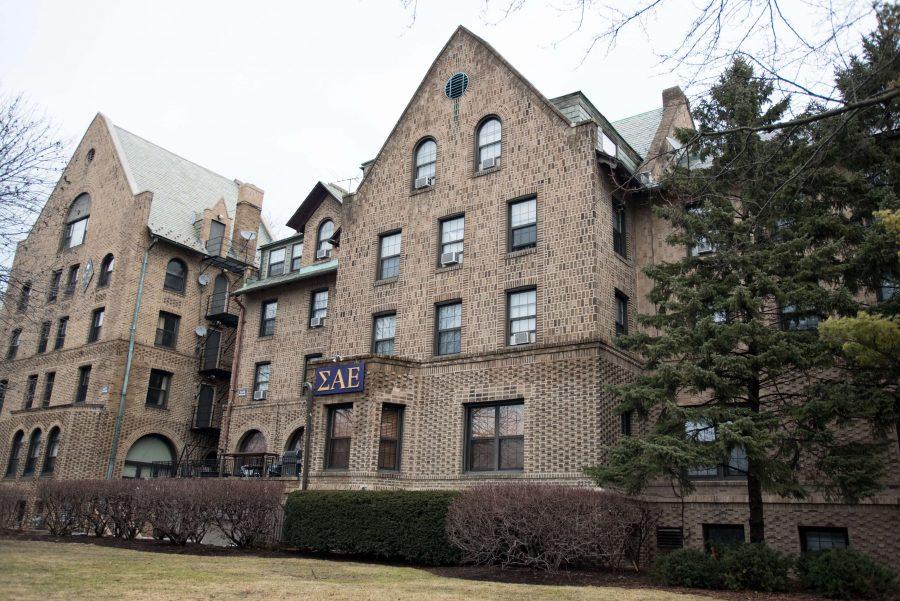 The University sent an announcement on Monday notifying students of a report alleging that four female students were possibly given date rape drugs — with two of the students believing they were sexually assaulted — at the Sigma Alpha Epsilon fraternity house in January.

IFC president Rodney Orr confirmed the decision on Wednesday. He said events that already have contracts signed, such as formals and date nights, will still occur. No further events will be planned or held for the time being, the SESP junior said.

The move follows a University announcement on Monday night notifying students that it had received a report last week alleging four female students were possibly given date rape drugs at Sigma Alpha Epsilon fraternity on Jan. 21. The report alleges that two of the students believe they were also sexually assaulted, according to an email to students from the University’s Chief of Police Bruce Lewis.

Lewis said the University also received an anonymous report Friday alleging that another female student was sexually assaulted, potentially with the use of a date rape drug, after attending an event at a second, unnamed fraternity the previous night. The Sexual Harassment Prevention Office is investigating the reports, Lewis said.

In a statement, Orr said said IFC will be creating a task force with the aim of evaluating issues including sexual assault, hazing, drugging, risk management and “toxic masculine culture.” The taskforce will include members of IFC, the Panhellenic Association, University officials and student groups, Orr said.

The board said in the statement that it also plans to revise the IFC constitution, as it currently “fosters ambivalence” about positions and punishments on issues such as sexual assault and drugging.

“The current Constitution is an antiquated document long in need of a overhaul,” the statement said. “We have to start from the ground and work our way up if we are truly going to change the culture of IFC.”

The board announced it will also be redrafting risk management policies to increase safety.

Additionally, IFC will hold open forums about the “values and shortcomings of IFC,” according to the statement. Orr said they are hoping to partner with University officials and student groups such as PHA, Men Against Rape and Sexual Assault and Sexual Health and Assault Peer Educators for the forums.

Associated Student Government President Christina Cilento told The Daily on Tuesday that though ASG was not directly involved with IFC in the decision to suspend social events, she believes it is a responsible step toward healthier social spaces. ASG released a statement early Wednesday morning condemning the actions included in the reports and calling for the suspension of SAE and the other unnamed fraternity being investigated in connection with sexual assault.

“There are a lot of people on campus who would not feel comfortable interacting with SAE without knowing who this other fraternity is in which a similar situation occurred,” the SESP senior said. “IFC needs to continue to think of how to make sure that when they are operating in social spaces, they are fostering as safe of an environment as possible.”

IFC president Rodney Orr told The Daily on Monday that IFC’s role moving forward is to “support survivors as much as possible.”

“This is important for IFC both as a council and as a community to come together and say, ‘Okay, there is a culture here that we have to change, how are we going to change it,’” he said. “That’s an important conversation we’re going to be having for a while.”