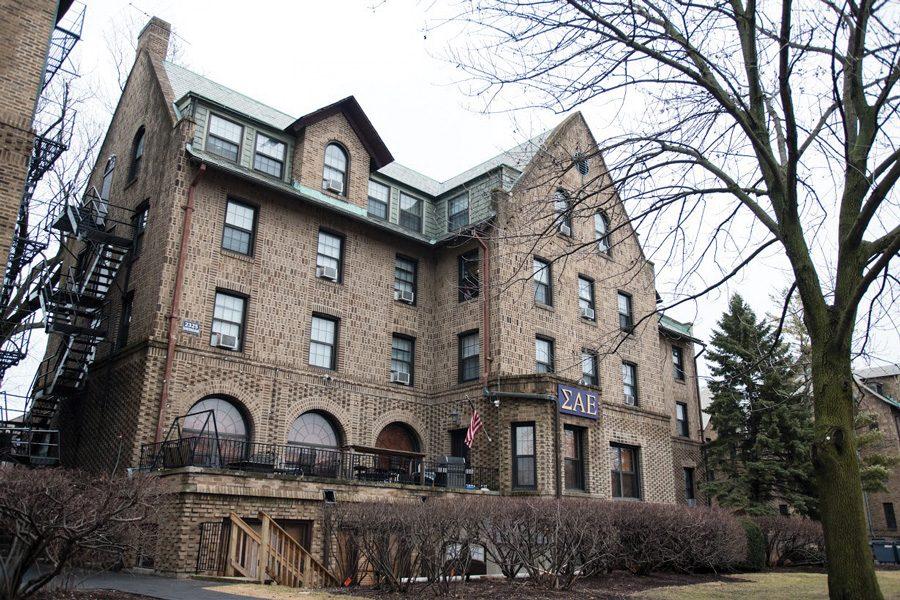 Associated Student Government released a statement early Wednesday morning calling for the suspension of the Sigma Alpha Epsilon fraternity and the expulsion of students found guilty of sexual assault. The statement follows reports of sexual assaults and druggings occurring at SAE and another fraternity house.

The statement, posted on ASG’s Facebook page, said ASG executive board is “appalled and outraged” by the University’s announcement Monday night notifying students that the administration had received a report alleging four female students were possibly given a date rape drug at Sigma Alpha Epsilon fraternity on Jan. 21. The report alleges that two of the female students believe they were sexually assaulted.

In an email to students, chief of police Bruce Lewis said the University also received an anonymous report Friday alleging that another female student was sexually assaulted, potentially with the use of a date rape drug, after attending an event at a second, unnamed fraternity the previous night.

ASG’s statement also called for the expulsion of anyone found guilty of assault in addition to the removal of organizations that fail to provide a “safe, healthy environment free of sexual misconduct.” The post said that although sexual assault is a systemic issue in Northwestern Greek life, it is also pervasive throughout the school, and that ASG will work to support survivors and create a “rape-free campus environment.”

“Responsibility is not limited to the perpetrators of sexual assault, but also lies with organizations and cultures that enable environments where sexual assault can, and does, occur,” the statement from ASG said.

ASG President Christina Cilento told The Daily that the ASG executive board planned to present legislation at next week’s senate to both condemn the actions detailed in the report and also recommend measures to prevent similar actions from happening in the future.

“It’s just frustrating the level of tolerance it seems like we have for sexual assault on campus,” the SESP senior said. “The University definitely needs to take a stronger stance in ensuring we can create a campus free of rapists and people who perpetuate sexual assault on campus, and I really think, and the exec board agrees, that that starts with removing individuals from campus who are responsible for assault.”

Manos Proussaloglou, Northwestern’s SAE president, said in a statement Tuesday that the chapter was “appalled and deeply concerned” about the reports.

“We take these allegations very seriously and are fully cooperating with the university’s investigation as well as the investigation spearheaded by our national headquarters,” Proussaloglou said. “We are committed to ensuring that Northwestern remains a safe haven for everyone on this campus.”

Dan Loizzo, president of Men Against Rape and Sexual Assault, said his organization will continue to work with Sexual Health and Assault Peer Educators and other campus groups to provide education on sexual assault. MARS currently holds workshops with new pledge classes in each fraternity every year.

Loizzo said that although it is MARS’ job to educate others, individual chapters ultimately will have to take a lead in educating their members as well.

“We can only do so much,” the Weinberg senior said. “It is the job of the organizations to be talking about this on their own time within their own group. We can’t be there for all of those conversations, as much as we would like to be.”

This story was updated Wednesday at 1:35 p.m. to clarify that the report submitted to the University alleges that two of the four female students who were possibly given a date rape drug at the Sigma Alpha Epsilon fraternity believe they were sexually assaulted.