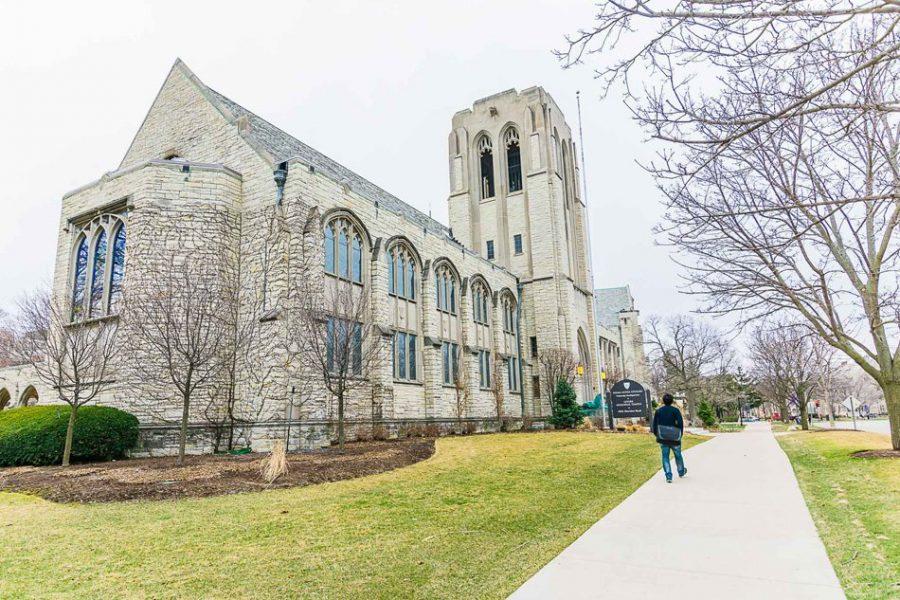 Sigma Alpha Epsilon's headquarters are located in Evanston. Northwestern’s chief of police released in a statement Monday that the University received a report saying four female students were possibly given a date rape drug in January at the SAE fraternity house on campus. The report alleges that two of the female students believe they were sexually assaulted.

The University announced Monday evening that the Sexual Harassment Prevention Office received a report last week that four female students were potentially given a date rape drug at the Sigma Alpha Epsilon fraternity on Jan. 21. The report alleges that two of the female students believe they were sexually assaulted.

In an email to students Monday, Chief of Police Bruce Lewis said that on Friday the University also received an anonymous report alleging that another female student was sexually assaulted, potentially with the use of a date rape drug, after attending an event at a second, unnamed fraternity house the previous night. Lewis said the Sexual Harassment Prevention Office is investigating these reports.

On Tuesday, vice president for student affairs Patricia Telles-Irvin said in an email to students that the University is “fully prepared to take appropriate action promptly” in response to the reports.

University spokesman Bob Rowley confirmed to The Daily on Feb. 11 that the initial report to the University related to SAE was from a third party. Rowley said when the University sent its email to students on Monday notifying them of the reports, they did not know the identities of the alleged survivors in the reported incidents at the SAE fraternity house.

Rowley said the University, in accordance with federal law, sent the security alert on Monday to “protect and warn” the Northwestern community after receiving the reports. The Clery Act requires the University to release information deemed “a serious or continuing threat to the campus community” to students in a timely manner.

The Panhellenic Association released a statement late Saturday night, before the University released the statement about the reports, saying it supports survivors of sexual assault and drug-related violence.

“The safety of our community is a priority for us and it is our goal to improve sexual assault prevention measures on this campus and in our community,” the statement said.

Interfraternity Council president Rodney Orr told The Daily on Friday that IFC was working with the University in response to allegations of sexual assault.

“We are working with the University just to ensure that all of the facts are in order and to make sure that everyone involved sort of gets the chance to have their voices heard,” the SESP junior said.

On Monday, Orr said he was notified in advance that the statement was going to be released, but was not aware it was going to name SAE. He said naming the fraternity was an important step.

“This made it feel very real or personal for a lot of people,” Orr said. “Using a name has a much bigger impact when these sort of things happen.”

In a statement released Tuesday, an SAE national organization spokesman said staff at the headquarters were working with the University and chapter leaders on the investigation, and had launched their own investigation into the incident. SAE’s national headquarters is based in Evanston.

Manos Proussaloglou, Northwestern’s SAE president, said in the statement that the chapter was “appalled and deeply concerned” about the reports.

“We take these allegations very seriously and are fully cooperating with the university’s investigation as well as the investigation spearheaded by our national headquarters,” Proussaloglou said. “We are committed to ensuring that Northwestern remains a safe haven for everyone on this campus.”

Orr said he aims to help IFC change the culture surrounding sexual assault, but the organization’s most important role at the moment is to “make sure to support survivors as much as possible.”

SHAPE executive director Molly Benedict told The Daily on Friday that the group is working to create follow-up programming to presentations given to each chapter’s new member class by Men Against Rape and Sexual Assault. The Weinberg senior said SHAPE’s focus on survivor-centered teaching would be beneficial for fraternity members to hear.

“The issue is when you only have men presenting to men on issues on sexual assault, when especially within the Greek system, women are the primary survivors of sexual assault or the largest group it becomes an issue to leave that voice out of the conversation or to get alternative perspectives,” Benedict said.

This story was updated Tuesday with additional quotes and Saturday with comments from University spokesman Bob Rowley.

Correction: A previous version of the caption on this story misstated how the University was notified of the alleged sexual assaults and druggings. The University received a report saying four female students were possibly given a date rape drug in January at the SAE fraternity house on campus. The report alleges that two of the female students believe they were sexually assaulted. The Daily regrets the error.