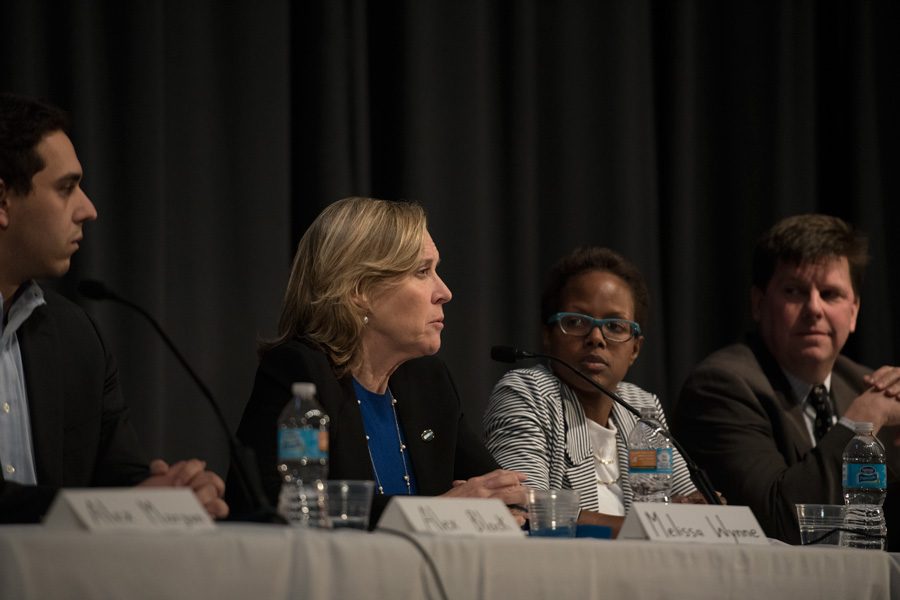 Aldermen on the Economic Development Committee denied a $50,000 storefront modernization grant to the owner of Kabul House last week.

The grant was denied because Kabul House, 2424 Dempster St., is located in the former building of Chicken and Waffles, which closed in April 2015. According to city documents, on December 10, 2012, the City Council approved a $5,800 façade improvement grant to Chicken and Waffles. Under the current rules of the modernization program, if a property receives a grant from the program, it cannot receive any more money from the city for the next 10 years — which means Kabul House is disqualified from receiving any grant money for the property until 2022.

Akmal Qazi, the owner of Kabul House, which serves Afghan food, said he felt the city had no basis for denying him the grant.

“Even though I’m the owner of my own property, I’m held hostage for the outcome of the previous owner,” Qazi said. “I feel that they have to do everything on a case-by-case basis.”

Qazi applied for the grant to help cover necessary expenses associated with the relocation of his business from Skokie. Chicken and Waffles opened in Evanston in January 2013 following a $200,000 loan from the city and closed its doors two years later. The city lost more than $154,000 on the loan.

Qazi said he wished the city would not base his ability to get a loan for his business on a previous loan associated with the property.

According to city documents, Chicken and Waffles was the only restaurant to close of the 40 that received grants from the storefront modernization program.

At the meeting, Ald. Melissa Wynne (3rd) defended the decision to reject the proposal, saying analysis on a case-by-case basis could cause inequities. Wynne said the guidelines and rules of the modernization program were developed for a reason.

“I’m very reluctant to suddenly decide we’re not going to follow that,” Wynne said. “Because what’s the next (business) going to say to us?”

Ald. Donald Wilson (4th) said it would be difficult to justify spending another $50,000 on the property, since the city lost $154,000 on the loan to Chicken and Waffles.

Qazi said although the store could still open without the funding, serious cuts would need to be made, notably from advertising, employee hiring, training and kitchen equipment. He said he chose relocate to Evanston because it was the root of his family’s business.

“I want to do the best for the community,” Qazi said. “I’m trying to set a precedent, to set a bar for new businesses to come into the area.”

City staff will meet with Qazi in the coming weeks to discuss alternative methods of assistance.