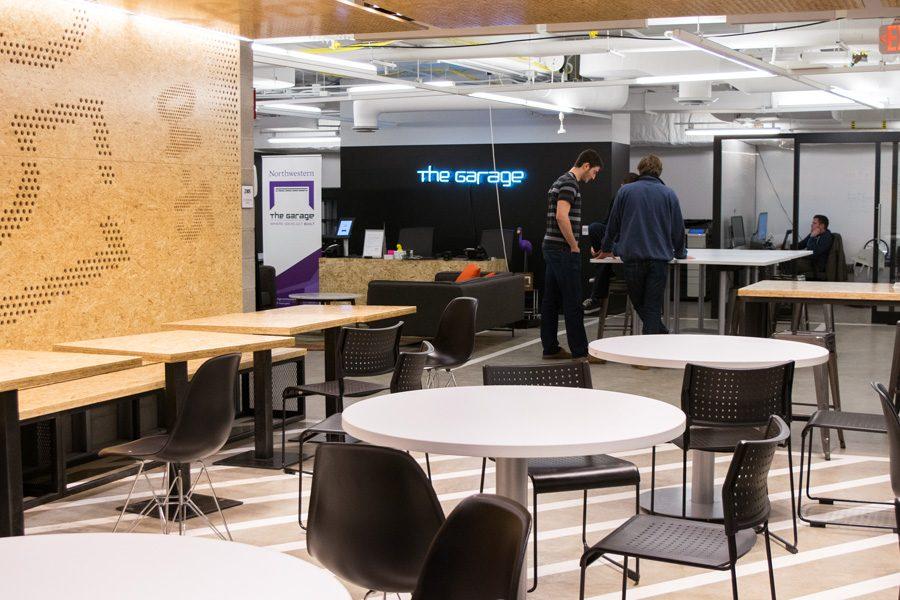 The Garage at Northwestern provides spaces to promote student entrepreneurship. Two student businesses have been selected as semifinalists in the Cupid’s Cup Entrepreneurship Competition.

Two startups with Northwestern roots have been selected as semifinalists in the Cupid’s Cup Entrepreneurship Competition, according to a University news release published last week.

Luna Lights, a company focused on providing older adults with guide lights that assist in accessible living, and FlyHomes, a smart real-estate brokerage, are two of the 12 semifinalists in the competition. They were chosen from among hundreds of entrepreneurial businesses and startups.

The competition, now in its 12th year, was created by Under Armour founder and CEO Kevin Plank. If the NU startups advance to the finals March 30, they will compete for more than $100,000 in total prizes, according to the news release.

Donovan Morrison (McCormick ’14), CEO and co-founder of Luna Lights, said he and his team started the company in the summer of 2012 during Design for America’s summer studio program. Realizing the severe impact falls and other injuries can have on the physical, financial and emotional health of older adults, the founders created the business to provide a system that can be “seamlessly integrated” into their lives, he said.

Fellow Luna Lights co-founder Matt Wilcox (McCormick ’14), who is now the company’s chief technology officer, said he and his team have noted that opportunities for entrepreneurship on campus have grown since they were undergraduates. The team visited The Garage, NU’s hub for student innovation and entrepreneurship that opened in 2015, and praised it for promoting student startups.

“(Entrepreneurship) has definitely changed a lot in the last few years since we’ve been there, but definitely in a positive way,” Morrison said. “It’s been interesting around Chicago in general, seeing how universities have gotten much more involved with innovation and entrepreneurship.”

Stephen Lane (Kellogg and School of Law ’16), CEO and founder of FlyHomes, said his company “designed the entire homebuying experience from scratch” for this generation of home buyers. FlyHomes provides homebuyers with rewards like airline miles and Lyft credits while also using artificial intelligence and machine learning, tools he said made the process more efficient.

Lane added that the resources and connections he leveraged as a JD-MBA candidate, such as the Pritzker Group Venture Fellowship, a program designed to accelerate Chicago’s “next successful startups,” are indicative of the entrepreneurial culture at NU as a whole.

Though Morrison and Wilcox attended NU before the institution of The Garage, Wilcox said the organization is a “great step forward” in fostering design-oriented entrepreneurship on campus. He said Billy Banks, their former Design for America mentor and current associate director of The Garage, was “instrumental” in helping transform the idea of Luna Lights into a tangible business.

Lane, whose company now has 10 full-time employees and is “one of the fastest-growing” real estate firms on the West Coast, said he appreciated The Garage for creating spaces in which undergraduates and graduates alike can collaborate and get projects off the ground. Lane said he and his colleagues used the space to work when developing FlyHomes.

“As a startup where you have undergraduate computer scientists who are working long hours outside of class, you need a place that’s fun and agreeable to work,” Lane said. “That’s literally what the Garage provided. … Ultimately, it was a place we loved to go to work.”