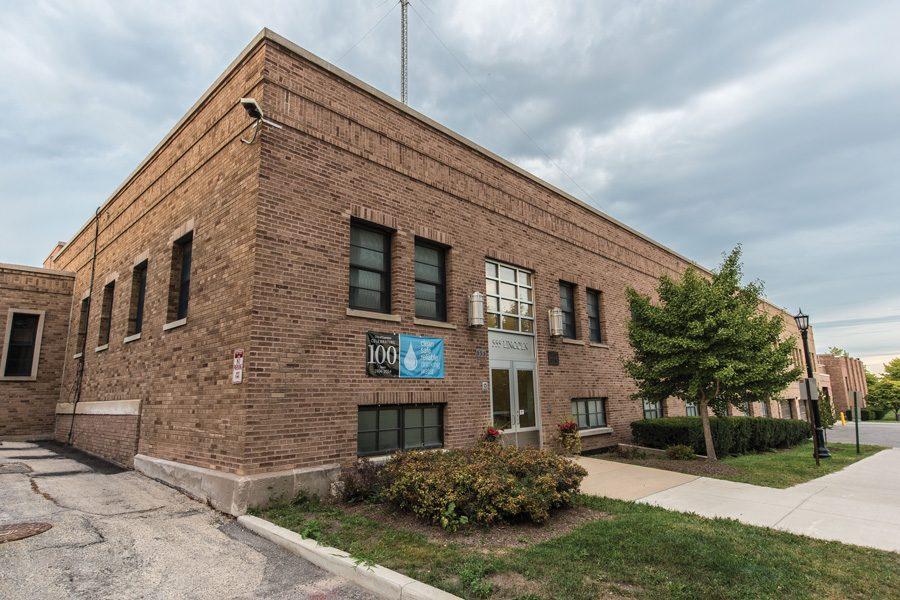 The Evanston Water Plant, 555 Lincoln St., is at the center of the city’s water system. The city will likely start pumping water to Morton Grove and Niles in 2018.

After Morton Grove and Niles approved a deal to buy water from Evanston last week, another North Shore suburb looks to do the same.

Bobkiewicz said the city has been talking to Lincolnwood for “a few years.”

“They are still considering their options, and we’re hopeful now with our deal with Morton Grove and Niles there will be an opportunity to provide Lincolnwood with water as well,” he said.

Morton Grove and Niles began their own talks with Evanston in 2013 after Chicago’s water rates rose, Morton Grove village president Dan DiMaria said at a village board meeting last week. The two villages settled on Evanston after also receiving proposals from Wilmette and Glenview, he said.

Stoneback said the next steps would be for Morton Grove and Niles to assign engineering design contracts for the pipeline to connect Evanston’s water facility with the village pipes. Evanston pumps its own water from Lake Michigan at its plant at 555 Lincoln St., just north of Northwestern’s campus. Evanston will be responsible for constructing a connection vault to link the infrastructure to the water plant, Stoneback said. The cost for the construction will be added into the rate calculation for Morton Grove and Niles as an asset.

“Evanston will get back its investment,” Stoneback said. “It’s a good deal for Evanston, it will be a steady source of revenue for the city.”

According to council documents, the deal would bring more than $750,000 in revenue to the city in the first year. Aldermen approved an introduction of the deal at City Council last week and will take a final vote on the matter at a future council meeting.

DiMaria said Morton Grove would pay off its share through bonds. The 40-year deal was a “legacy decision” that would save the village money for years to come, he said.

“Morton Grove is expected to save over $100 million dollars over the life of this contract,” he said. “Larger savings will be realized after the construction bonds are paid off.”

Bobkiewicz said Morton Grove and Niles are hoping to start construction on the pipe by the end of this year.

“It’s a very ambitious schedule for them, but their hope is to have this water start flowing sometime during 2018,” he said.