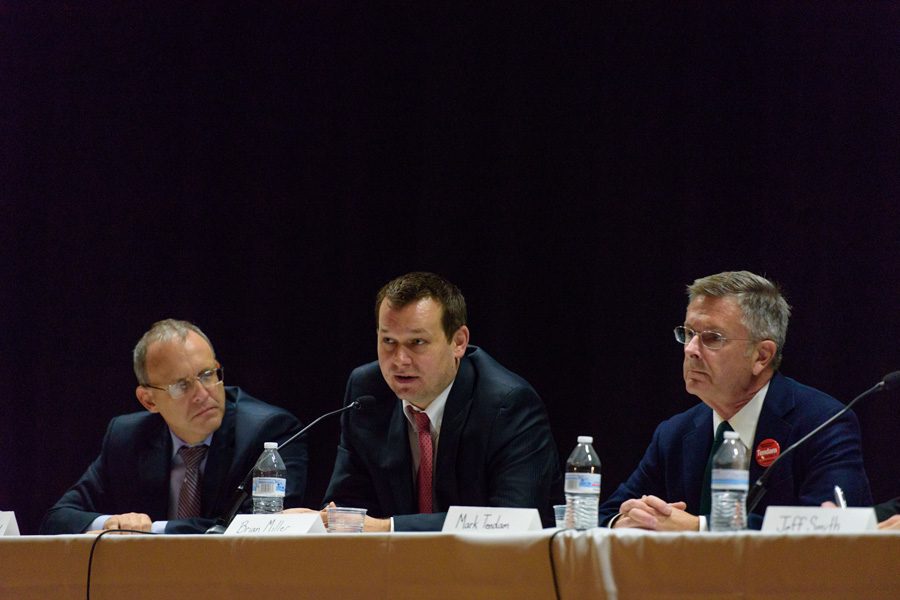 While Northwestern students are typically not engaged with Evanston elections, if the turnout is high enough, their votes could be enough to sway the race in the first contested mayoral election since 2009.

Although no current Northwestern students or faculty members are on this year’s ballot, members of the community have pursued candidacies in the past. In a controversial 2001 election, Kellogg Prof. Allan Drebin ran for 1st Ward alderman against incumbent Ald. Arthur Newman. As a tenured professor, Drebin was criticized for his ties to the University, which his opposition labeled a conflict of interest. But he said at the time his relations to the University wouldn’t impede his aldermanic roles and actually served as an advantage.

University archivist Kevin Leonard said Northwestern students have typically been more engaged with presidential elections, registering to vote in Illinois but not voting in municipal elections likely because of lack of interest.

When students and faculty have been on the ballot, he said, students can be more compelled to vote locally. But Evanston residents have historically seen elected officials with connections with the University as divisive for town-gown relations.

“You’ll see students coalescing around a candidate during times of stress between Northwestern and the community,” Leonard said. “There have been periods of time when the relationship between the institution and the town have not been the rosiest.”

In Evanston elections with quantitatively slim margins, students can decide an election if they turn out to vote, Leonard said.

“Any block vote could have more of an impact,” Leonard said, “(especially) in a race like this, where you have so many candidates who will be dividing up the pool of votes.”

Associated Student Government passed a resolution in support of Udeshi in 1997, and then-ASG president campaigned for Drebin in 2001. Current ASG President Christina Cilento said there is no plan currently for ASG to publicly support any candidate for mayor.

Students should have an interest in Evanston local politics that will affect them their four years in Evanston, then-candidate Drebin said.

“Because students traditionally have not voted, they have not been represented,” Drebin said during a 2001 debate.