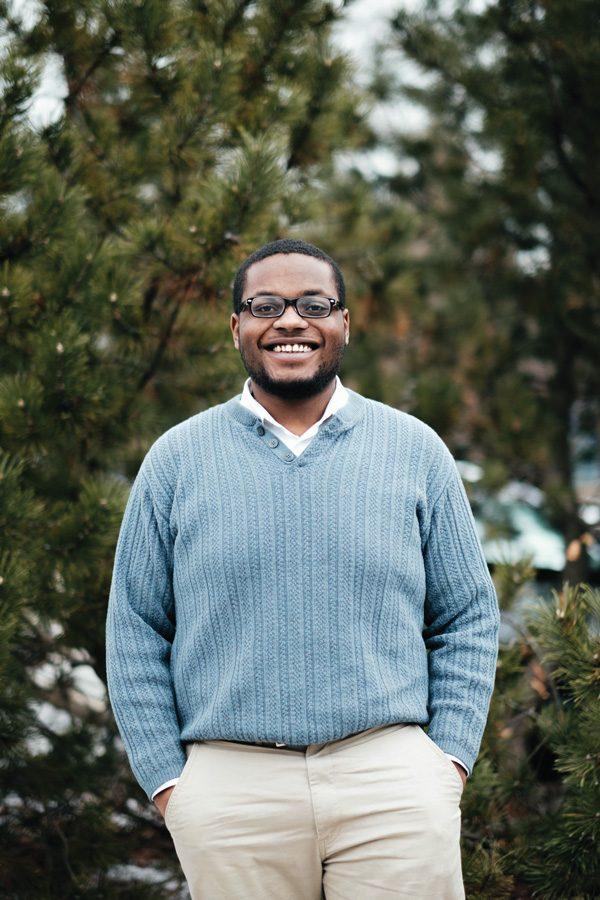 At 12 years old, Devon Reid left his life in Evanston for a homeless shelter on the South Side of Chicago after his mother was incarcerated.

It was a “culture shock” for Reid, who lived with his grandmother in a tight-knit community at the shelter alongside other young boys and mothers.

Four months later, with the support of a middle school counselor, he said he moved into an apartment with his grandmother and quickly became her caretaker: buying groceries, postmarking bills and picking up her medication.

But soon the pair had to forgo that medicine for other essentials, and his grandmother’s mental health deteriorated. Eventually, Reid, then a high school freshman, could no longer manage and entered into foster care.

“Being homeless let me know that I want to serve the public,” Reid said. “I’d bring a new perspective. … There aren’t many folks who have gone through a similar experience to mine.”

After six years in foster care, Reid returned to Evanston and is now running for city clerk, the city’s principal records keeper. Reid is challenging incumbent Rodney Greene, who has held the office for nearly nine years.

The clerk is primarily responsible for filling FOIA requests and organizing elections, but Reid wants to transform that position into the “face of government,” a mouthpiece for groups whose lack of representation have turned them away from the “system.”

Reid has three major goals: combat homelessness through affordable housing, increase government transparency to build trust, and enhance voter participation through a “get out the vote” program.

But his foray into local politics has not come without roadblocks. In December, two people challenged Reid’s candidacy on technicalities, including Greene’s wife, Lynne Greene. Both objections were later rejected.

And earlier that fall, while collecting signatures in the city, Evanston police approached Reid and accused him of violating an ordinance that prohibits soliciting on Sundays. When Reid told the officers he was petitioning to run for office and declined to share his birthdate when asked, they arrested him for disobedience.

The city quickly dropped that charge and launched an internal investigation. Following the incident, Mayor Elizabeth Tisdahl apologized and Police Chief Richard Eddington took disciplinary measures against one of the officers — who is appealing the decision — while the other officer involved retired.

Reid said his arrest points to a culture in Evanston that discourages young black men from running for office. To combat that culture, he wants to increase transparency in the police department by proactively releasing videos. Evanston police Cmdr. Joseph Dugan said the department only releases videos after a FOIA request to prevent “tarnishing (the) case.”

While Reid said someone else might be discouraged by those experiences, he said they only further cemented his mission to serve underrepresented communities.

Bobby Burns, a political consultant and supporter, said Reid had an “unwavering” devotion to public service. He added Reid grasped onto politics as a means of controlling his future and undertook the effort with “superhero-like discipline.”

Immediately after graduating high school and still in foster care, the 18-year-old launched an ambitious aldermanic campaign in the 26th Ward of Chicago, which covers part of Humboldt Park.

“What he can turn around and produce in 24 hours would take some folks a week,” Burns said. “They’d have to take a breath, but … (Reid) will just bury himself in his research.”

Reid lost that election, but won 17.6 percent of the vote despite spending only $3,000 compared with his opponent’s more than $200,000, according to a 2011 report by a Medill graduate student. Nevertheless, Reid said that experience gave him an understanding of the political process and laid the groundwork for his current campaign.

“Running for alderman let me know that one of the best ways to (make change) is through the electoral process,” Reid said. “Because I jumped in so early, it led to me being a 24-year-old who feels comfortable running for city clerk.”

After a series of public service jobs geared toward affordable housing and automatic voter registration, Reid hopes to turn out voters his age.

On Tuesday, Evanston Township High School senior Maya Madjar invited Reid to speak at a walkout she organized to protest President Donald Trump. Madjar said she first heard about Reid after his widely-publicized November arrest and saw him as an example of how young people could effect change without “reinventing the wheel.”

“We have the same mission,” she said. “Younger people really can make a direct impact in their local government.”

Other ETHS students are also backing Reid, with some even volunteering for his campaign. Senior Jack Henry Lickerman, who spends two hours a week working for Reid to fulfill his class community service requirement, said he also learned about Reid’s campaign after the arrest.

Since then, Lickerman said he connected with Reid through discussions about music and culture. He also took to the candidate’s plan to raise money for affordable housing through a $2 increase in the real estate transfer tax.

“It’s really empowering to see someone who is pretty close to our age running for city clerk,” Madjar said. “He’s not some old guy that’s been in politics for 30 years; he’s fresh. … He lives in our world.”