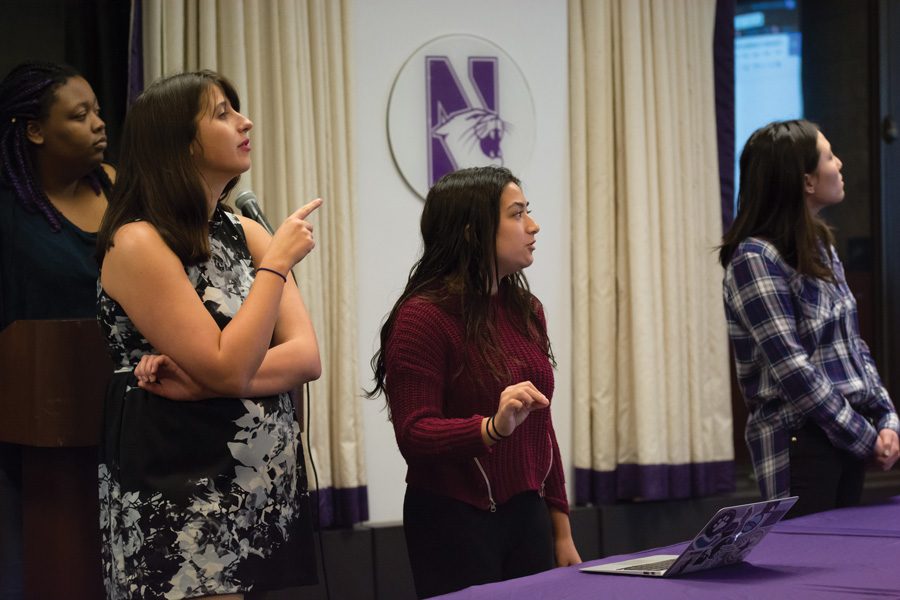 Senators discuss changes to the ASG election guidelines. One possible change includes moving back the election commission elections to the third week of winter quarter.

Weinberg junior Parth Lalkiya and Medill junior Alecia Richards, who had been nominated by the selection committee, were confirmed to the positions of vice president for B-status finances and vice president for public relations, respectively.

Lalkiya previously worked with the B-status Finances Committee. He said one of his primary goals as vice president is to increase communication between group executives and the student groups they fund to ensure that groups receive the correct amount of money for their events.

Lalkiya said he wants to address the considerable amount of money that gets tied up when student groups apply for funding but don’t end up using the money they receive. He said this process ultimately prevents ASG from assisting other student groups which need funding.

Speaker of the Senate Nehaarika Mulukutla, a Weinberg junior, told The Daily that Parth has a lot of great ideas on how to improve B-status funding.

“Every BSVP comes in with this idea of how they want to make the funding process fairer and more communicative to all of the various student groups,” she said. “He’s super great about developing concrete action plans to put in place in order to accomplish (his) goals.”

Richards was confirmed as vice president for public relations after Weinberg senior Ajay Nadig resigned earlier this quarter. She said one of her goals is to get more people involved in student government.

“I’m always looking for ways to better things, engage people in ASG, increase transparency and make people want to be more involved in the things that we do,” Richards said.

She said creating more visually appealing and interactive surveys for students can encourage participation. Mulukutla told The Daily that ASG can benefit from Richards’ marketing experience.

“She has a lot of concrete ideas about how she wants to integrate the PR to create one brand for ASG … so that (students) are more aware of the different campaigns that we run and the different products that we push out,” Mulukutla said.

Richards will serve for the remainder of the quarter before leaving for her journalism residency in the spring.

After the confirmations, Senate heard a proposal for election guideline reforms that will be voted on next week. The proposal includes moving the election commission elections from the second to the third week of Winter Quarter.