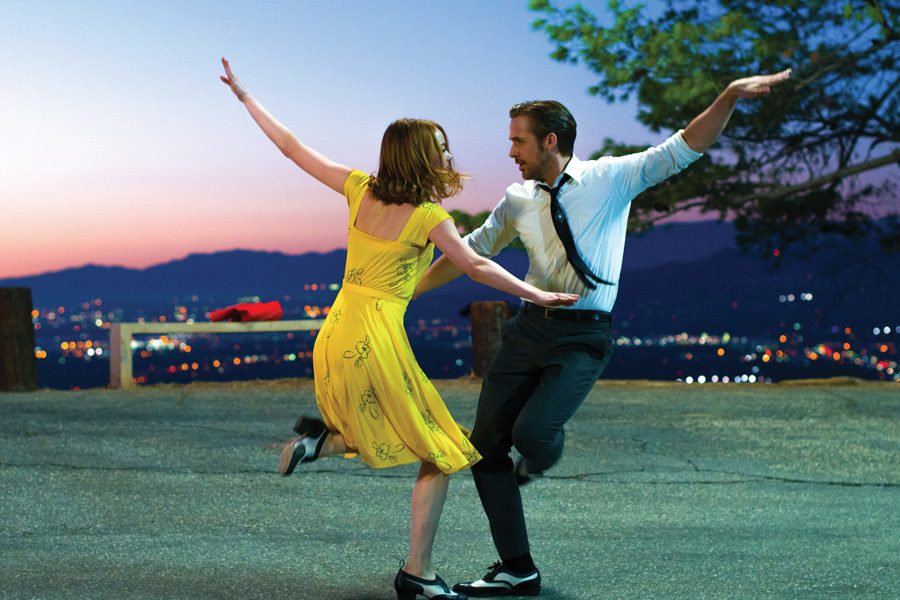 Ryan Gosling as Sebastian and Emma Stone as Mia in a scene from the movie "La La Land," which was nominated for a record-tying 14 Oscars.

Northwestern alumnus Jordan Horowitz (Communication ’02), a producer and actor from New York City, was a member of the producing team behind “La La Land,” which was nominated for 14 Academy Awards on Tuesday, including “Best Picture.”

“La La Land,” written and directed by Damien Chazelle, is a romantic musical film centered on two aspiring artists — an actress and a jazz musician, portrayed by Emma Stone and Ryan Gosling, respectively — who are trying to succeed in Los Angeles. Chazelle, Stone and Gosling all received nominations for their work. The film is the first original musical to receive a Best Picture nomination since “All That Jazz” in 1979.

The musical film tied the record for most Oscar nominations with 14 nods across 13 categories, an achievement only held by the 1997 epic “Titanic” and the 1950 drama “All About Eve” until Tuesday. The movie also made history at the Golden Globes earlier this month, where it received a record-breaking seven awards, including “Best Motion Picture — Musical or Comedy.”

Although this is Horowitz’s first Academy Award nomination, the producer is no foreigner to critically-acclaimed films. His first producing credit comes from the 2010 drama “The Kids Are All Right,” a Best Picture nominee.

“La La Land” will vie for its awards on Feb. 26. The ceremony will be hosted by comedian and television presenter Jimmy Kimmel at the Dolby Theatre in Hollywood.