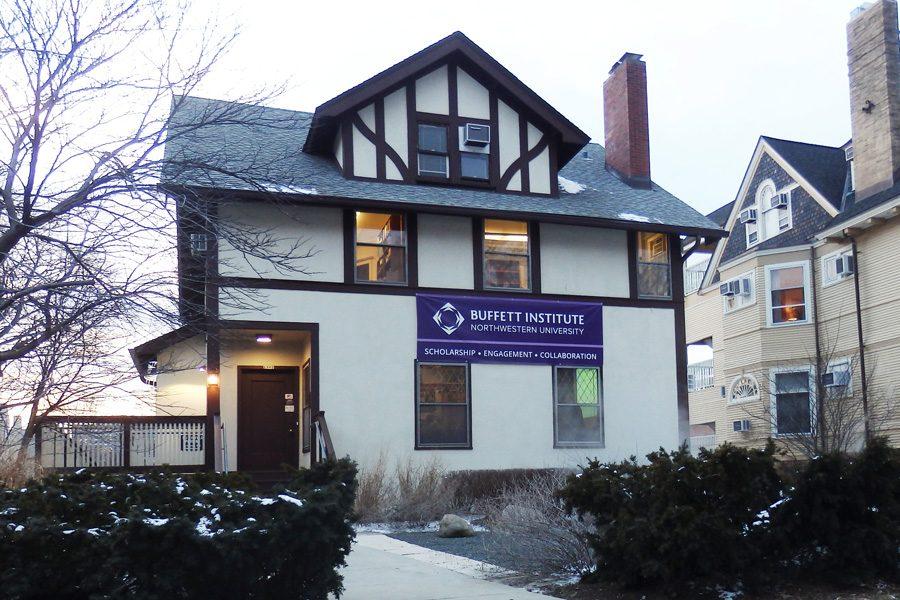 The Buffett Institute for Global Studies ceased its search for an executive director. Former U.S. ambassador to Afghanistan Karl Eikenberry had been appointed to the position in 2015 but withdrew after criticism of his military background from students and faculty.

The Buffett Institute for Global Studies has halted its search for an executive director after former ambassador Karl Eikenberry pulled out of the position last spring, Provost Dan Linzer told The Daily.

Following Eikenberry’s withdrawal, Linzer said he did not want to rush into a search for a new executive director. Eikenberry, former U.S. ambassador to Afghanistan and a Stanford University faculty member, had been appointed to the position in November 2015 and was set to start this past September.

But following criticism from some students and professors, including a resolution passed in Associated Student Government to revoke his appointment, Eikenberry withdrew from the offer in April. He continues to serve on faculty at Stanford as Director of the U.S.-Asia Security Initiative at the Shorenstein Asia-Pacific Research Center.

Linzer said Eikenberry’s appointment was part of an effort to connect students and faculty to new opportunities in global learning. The Buffett Institute is still looking to bring this function in some way, Linzer said, but it might not be with an executive director.

“The idea wasn’t to fill a position — the idea was to bring a function to Buffett, to bring someone who was extremely well connected in the global world of politics, of big social issues,” Linzer said. “(These are) the challenges that our faculty and students learn about, study, do research on but don’t necessarily have access to the people and to data that are in the real world.”

Faculty and students who opposed Eikenberry’s appointment to the position questioned whether someone with military experience but without a Ph.D. would be the best person to lead an academic research institute.

Katherine Hapeman, assistant director for research and development at the Buffett Institute, said in an email to The Daily that in addition to the programs the institute already offers, it is beginning a six-month strategic planning process that will help plan programming for the next several years.

Linzer said the Office of the Provost is open to working with the Buffett Institute in the future.

“There isn’t just one solution to most kinds of goals or problems,” Linzer said. “There are multiple ways that you might be able to do this, and if one doesn’t work you try something else.”

Another vacancy at the Buffett Institute was filled in November when former assistant vice president of research Meg McDonald (Bienen ’86, Kellogg ’96) joined the institute as the senior director of operations and strategic planning. McDonald fills a position left vacant following the July departure of political science Prof. Brian Hanson, former director of research and planning for the institute, who left to join the Chicago Council on Global Affairs.

Hanson’s departure from the institute came only months after Eikenberry withdrew from his appointment. Buffett Institute director Bruce Carruthers told The Daily in July that the vacancies were unrelated and Hanson’s move would strengthen the institute’s ties with the council.

McDonald said she saw the vacancy and was eager to return to her alma mater. As an alumna and staff member at Northwestern, she said she knows the university well and felt prepared for her new position, which she took on in November.

“I know Northwestern very well,” McDonald said. “Everything I’ve done up until now is helping me in this position, as well as it’s an area that I’m personally passionate about.”