Balk: Dererk Pardon will be key for Wildcats in remaining conference slate 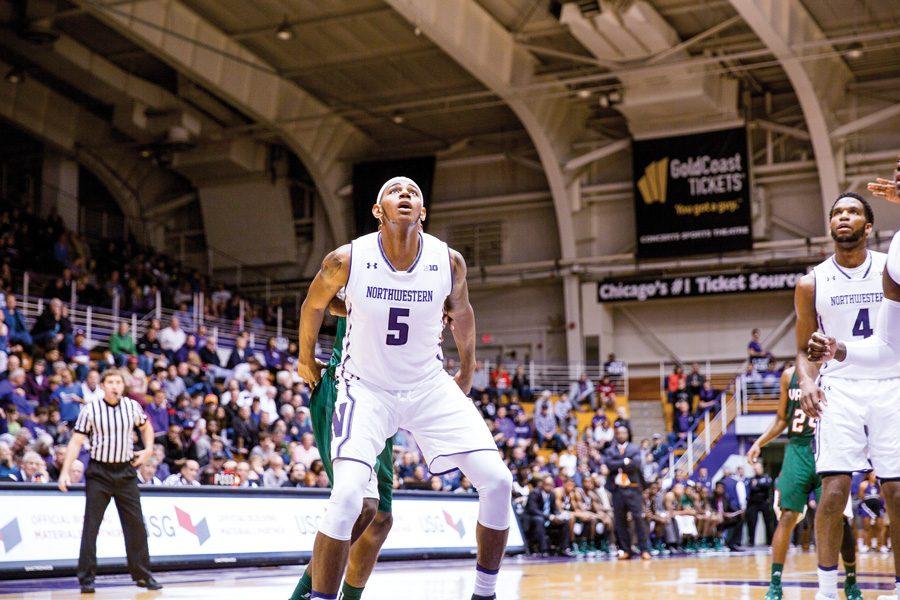 He rejected shot attempts from driving Rutgers guards, he leapt for offensive rebounds and, as has been his style since arriving in Evanston, he displayed touch around the rim.

The Scarlet Knights are not a good team. The Wildcats shot bricks for a half against the Big Ten bottom-dweller and still emerged with a relatively easy win. But Pardon’s dominance, reflected in a 11-rebound, 8-point, eight-block stat stuffing, was exactly what NU needed to emerge with a victory. The sophomore’s block total was the second highest in a game in program history.

It’s the type of production the Cats need from Pardon over the next two months as they chase a program-first NCAA Tournament bid. Pardon must be a rock down low.

NU has racked up 14 wins already this season, and half of them have come with Pardon sidelined by a hand injury. The early season success has been made possible by strong play from their stalwart wings: junior Scottie Lindsey and sophomore forward Vic Law. The two have turned the Cats into an offensively dynamic squad capable of scoring in transition and burning opponents with hot shooting.

Still, through all of NU’s early season success, there has also been the specter of the team’s limited size. This weakness has rarely been truly exploited by opponents; few non-conference foes were much bigger, and early Big Ten adversaries Penn State and Michigan State sported relatively small lineups as well (though the Cats still struggled against the latter).

None of that changes the fact that the cream of the crop in the Big Ten — Wisconsin, Purdue and Maryland — all have imposing frontcourts. NU has the potential to challenge the conference’s elite, partially because the Big Ten is significantly weaker than it has been in the past and partially because the Cats have displayed a shooting touch that makes them competitive against just about any team in the nation. (See: narrow losses against now-No. 12 Butler and No. 20 Notre Dame.)

But if NU is going to hang with the Big Ten’s brass, it needs the strong, agile Pardon to consistently play like the drive-stopping rebound vacuum he was against Rutgers.

The Scarlet Knights, though bad, have real Big Ten-style size. They start three players 6-foot-6 or taller, including 7-foot center C.J. Gettys, and bring waves of bigs off the bench. The Rutgers game was always going to be a test for Pardon, if not for NU as a team.

Further tests await. The Cats face Iowa and its formidable front court this weekend. And a Feb. 1 meeting with No. 17 Purdue, the biggest (and probably best) team in the conference, isn’t far off. If Pardon keeps playing like he’s still in Piscataway, the Big Ten should watch out.