Illinois begins 2017 without a state budget after temporary plan expires 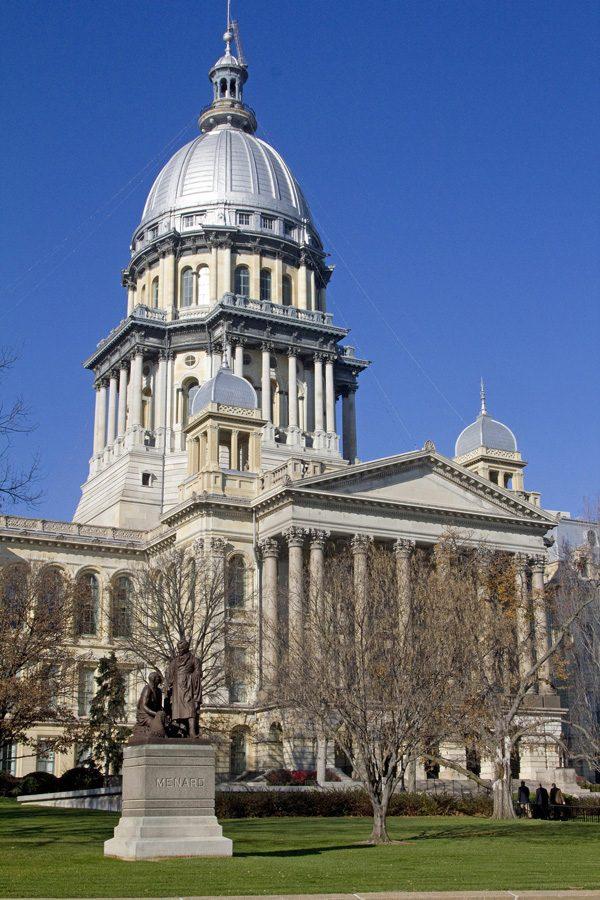 The General Assembly is set to meet at the state capitol in Springfield next week. Illinois is again without a budget after a stopgap spending bill ran out on Dec. 31.

This year started on a familiar foot for the state of Illinois.

For the second time in as many years, Illinois is without a budget or a spending plan. After a yearlong budget impasse, a stopgap budget was passed in June of last year. However, that spending authorization plan ran out on Dec. 31, again leaving many entities — such as social service agencies and public universities — with an unclear future.

Talks between Gov. Bruce Rauner, Republicans and statehouse Democrats fell through last month. The two sides had several meetings during the General Assembly’s veto session to discuss a spending plan for the rest of the fiscal year, which ends in June. At the time, Rauner said he was pushing for five initiatives at the meeting, including workers’ compensation and term limit reform.

Although both Rauner and House Speaker Michael Madigan (D-Chicago) described the meetings as amicable, tensions arose. Rauner said during a press conference on Dec. 14 that there was a “lack of sincere negotiations” from Madigan and the Democrats.

“What was clear is that they are not taking this process seriously,” he said. “We’ve known for 18 months that we needed to do a balanced budget … and they were not ready to talk about it.”

Rauner said the budget could be finished within “a matter of a few days.” However, he cancelled the last meeting between the two groups in December. As talks between Rauner and Madigan began in late November, the House speaker urged the governor to forgo pushing his reforms and instead follow the budget discussion format the state had used in the past.

“If we all work together, recognize each other’s interests and abilities, we’ll come to a successful agreement,” he said.

During the budget impasse, many social services agencies in the state had to close or drastically reduce their programming due to a lack of state funding. A coalition of 97 agencies filed a lawsuit against Rauner and his administration last year for payment of state contracts. Although the suit was thrown out by an Illinois state court last year, the coalition is appealing the decision to the Illinois State Supreme Court.

Andrea Durbin (Medill ’89), the head of the Pay Now Illinois coalition and CEO of the Illinois Collaboration on Youth, said being without a budget again was leading to familiar challenges for social services agencies.

“Folks do not have any certainty about when they will be paid for the work they do under their legal contracts, and certainly that’s a very scary place to be,” she said.

Durbin said the murky future on state funding made decisions such as whether to hire new staff, give existing staff raises or implement additional staff trainings difficult to gauge.

“(It) requires real soul searching … about what is their core mission, what is the business model, how do they function and how do they serve their mission and their clients and communities,” Durbin said. “It places providers at risk and it places communities and clients at risk.”

The lack of a budget will likely have little effect on Evanston, city manager Wally Bobkiewicz said. However, Bobkiewicz said a property tax freeze, which Rauner said he will request if Madigan and the Democrats push for a stopgap spending bill rather than a full budget, may be something for the city to “keep their eye on.” Rauner said in December he would also push a term limits reform bill.

The General Assembly is scheduled to be back in session next week.