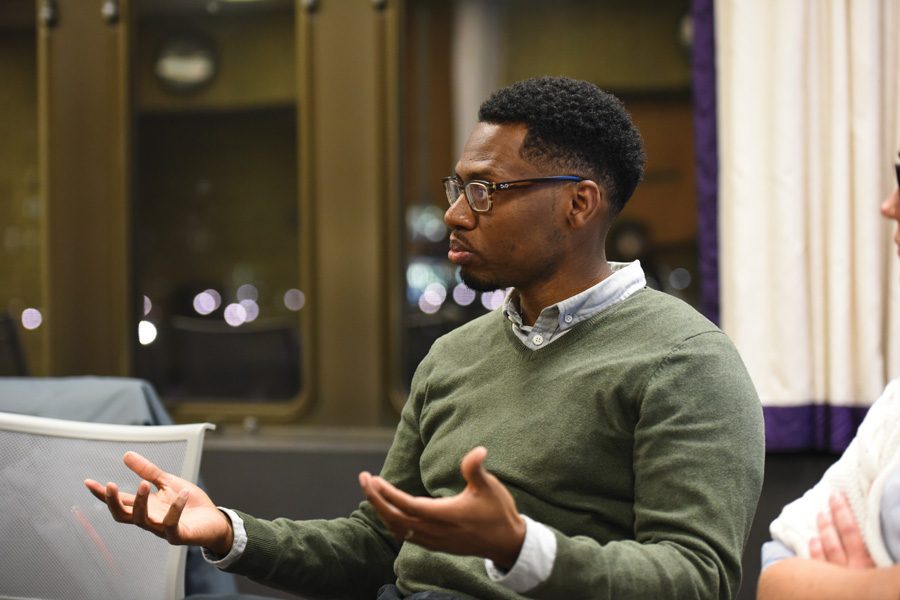 Students and staff involved in a facilitated discussion on Thursday criticized the All Lives Matter movement, saying it fails to address prominent issues of racism addressed by Black Lives Matter.

The event was part of a two-week series of student-organized and administration-backed programming on the state of black lives and the Black Lives Matter movement in the United States.

Student participants criticized the All Lives Matter movement for attempting to overshadow the systemic oppression of black lives. Weinberg senior Yoseline Huerta said the burden of educating others should not fall on oppressed people, but rather people of privilege should make an effort to educate themselves on how to combat oppression.

“I try to understand their logic, but ignoring the systematic racism and anti-blackness, that’s also something you can’t just disagree with,” she said. “When I see those little things, I think of ignorance and inability to have dialogue or conversation.”

Dino Robinson, production manager of Northwestern University Press, added that when there is a movement to address an issue, there is often also a reaction that creates a distraction from the original cause. In the case of Black Lives Matter, the All Lives Matter movement detracts from recognizing the oppression of black people, he said.

Robert Brown, director of Social Justice Education, said the expression “Black Lives Matter” is sometimes used against its supporters by people who twist its meaning.

“It’s funny how the term gets flipped, then weaponized, and before you know it, the folks saying ‘black lives matter’ are the ones who are deemed as problems and divisive,” he said.

Robinson said, in the past, marginalized groups have been told to suppress their anger and move on, but nothing will be reconciled if the group in control does not take ownership of the issue and oppressed people’s pain is not validated.

Huerta said it was satisfying to know that students don’t have to struggle on their own regarding racial issues. Though she said the All Lives Matter movement has been triggering, she feels supported by a community at Northwestern that wants to engage in conversation.

“It’s more so refreshing to know that there’s an administration here that’s willing to engage in conversations and meet at the student level,” she told The Daily.