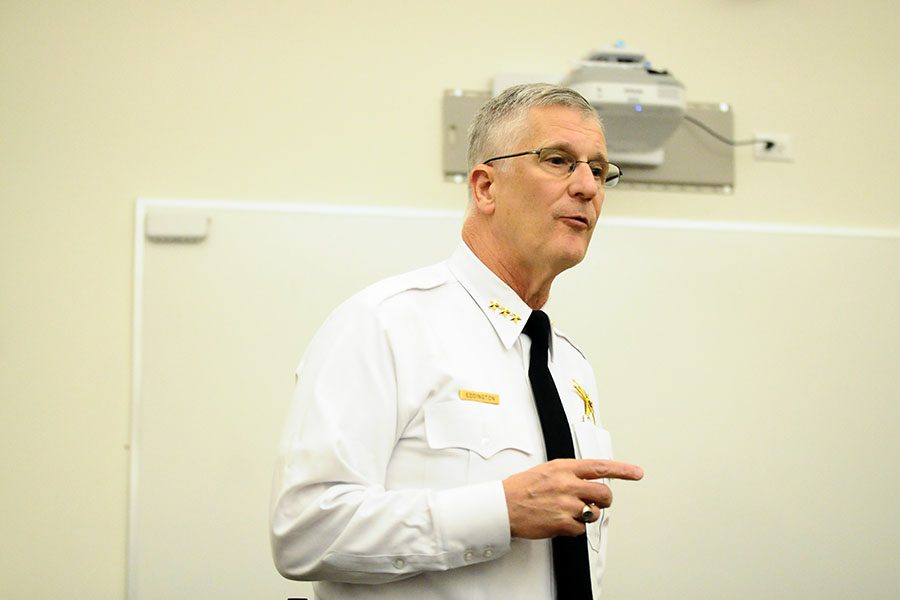 A group of Evanston residents is trying to form an independent police overview authority over concerns that current disciplinary processes are not effective.

The group, called Citizens Network of Protection, formed eight years ago and has been since working to establish an independent police review board, said Evanston resident Betty Ester, a member of the group. Recently, the group has been circulating a petition asking voters to put a referendum on April’s municipal ballot to fund the group through sales taxes and other general taxes, Ester said.

The petition recommends Citizens Network of Protection be funded by a 1 percent increase in sales tax, liquor tax, hotel tax, entertainment tax and rental car tax. According to the petition, the group seeks to “increase … transparency, complaint investigation and follow-up, the protection of civil and human rights, and trust between the community and the Evanston Police Department.”

The Evanston Police Advisory Committee predates the Citizens’ Police Advisory Committee, which is made up of citizens from every ward selected by the mayor. According to a memo from EPD Chief Richard Eddington, CPAC’s aims include ensuring complaints are properly investigated and advising the chief on the community’s perspective on disciplinary matters.

“Plugging in citizen input on the established chain of command, depending on the role that Citizens Network of Protection envisions for itself, if they’re functioning outside of that chain of command, this gets a little dicey,” he said. “There’s a system already in place, and at this point in time, I don’t perceive that system to be so dysfunctional it needs to be replaced.”

Eddington said Chicago’s Independent Police Review Authority has had difficulty accessing information in their investigations, something he thinks Citizens Network of Protection may run into.

Ester, who is helping to circulate petitions for the group, was involved in the founding of CPAC. She said her group feels the current system in place is not effective.

Ester also said that EPAC, which was started by former police chief Frank Kaminski, was not transparent enough. The petition the group is circulating also addresses a felt lack of transparency.

Eddington disagreed with Ester, saying one would be “hardpressed to find a jurisdiction with a more open and transparent discipline system.”

Eddington also voiced concern that the members of the potential police review authority would not have experience in making decisions on use of force matters.

“Use of force is a very complicated matter … But the question is use of force but whether the force was legally applied,” he said. “Those are issues that police officers … spend a significant amount of time making a decision on.”

The petition currently is calling for a 15-person board to run the authority. Ester said the board members would be elected, and would be supported by roughly six to seven full-time staff members and an executive director.

Although the group missed a deadline to file the necessary number of petitions last week, Ester said the group’s lawyers are looking into still getting the issue on the ballot in April.

Ester said her group was hoping to work with EPD on the matter if the referendum passes.

“We want to work with them and monitor them and make sure they are training their police officers correctly,” she said. “We feel that would be the best place for citizen complaint and other issues that need to be addressed because they are not being addressed totally in the police department.”