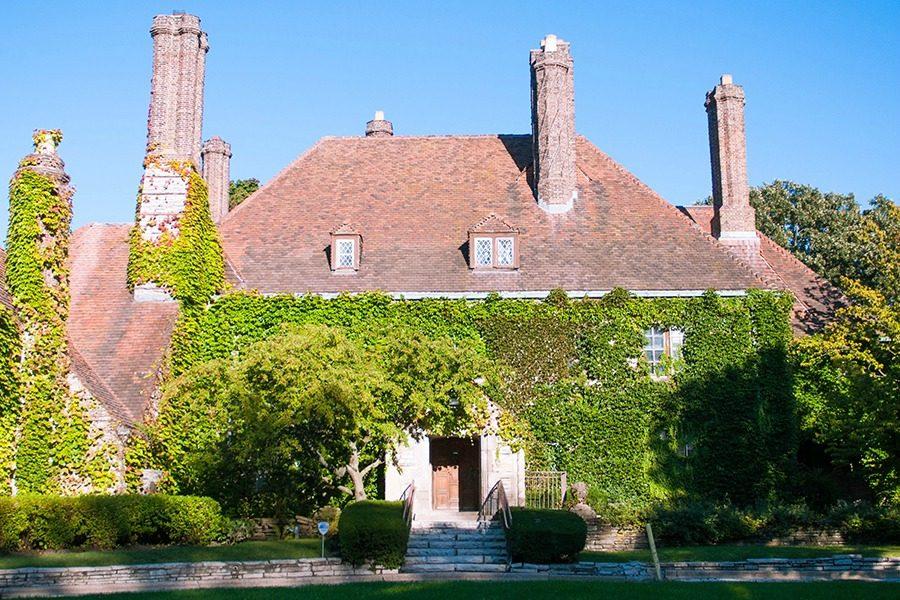 City Council allocated funding to make masonry and roof repairs to the fog houses next to the Harley Clarke mansion in the 2017 budget. The fog houses are used for summer parks programming.

After debate over further funding for improvements to the Harley Clarke Mansion, aldermen unanimously approved the 2017 proposed budget last week.

The $304 million budget includes a 2.4 percent property tax raise to cover increasing costs for the fire and police pension funds, funding for hiring an equity and empowerment coordinator and for an additional Divvy bike station in south Evanston.

The new coordinator will aim to improve equity in different areas of the city, including hiring and how the city enforces laws, city manager Wally Bobkiewicz told The Daily in October. The employee would also be responsible for coordinating city work with outside organizations and individuals.

“We can make sure all residents have an equal place in what we’re doing,” he said in October. “That I think goes into … making sure that everyone has information that they need so they can actively involve themselves in the process of government.”

Bobkiewicz said the city was forced to put forward a “lean” budget in anticipation of state budget funding shortfalls. Potential contingency cuts are planned in case state funding is slashed within the year. The budget overall is $304 million, which is 0.8 percent smaller than last year’s. The budget includes $114 million in revenue and about $112 million in spending for the year.

The budget includes funding for bringing fog houses up to code on the Harley Clarke mansion property.

After years of back and forth over what to do with the property, aldermen directed staff to allocate $250,000 for basic repairs to the mansion in September with the idea that the parks programming that takes place on the property would be able to use the space in summer 2017. However, city staff soon discovered the cost to bring the building up to code for the programming would far exceed the allocated funds, according to a city budget memo.

As plans for Harley Clarke are being paused until further decisions about the building’s future can be made, city staff recommended money be put into the fog houses so they are ready for next summer’s programming. According to a budget memo, the current estimate for some roof and masonry repairs for the buildings is $400,000.

Ald. Brian Miller (9th) proposed at Monday’s meeting that the funding for the fog houses be held, but he did not receive support from any aldermen. Miller said he was worried about making any rushed decisions concerning Harley Clarke.

“My concern is that this proposal is going to set us on a path that we don’t necessarily have a plan for,” he said.

Ald. Delores  Holmes (5th) recommended the city use the $250,000 that was originally recommended for basic repairs in September for the fog house improvements, but the motion failed as well.

Ald. Eleanor Revelle (7th), who has led the effort for creating further plans for Harley Clarke, said at the Nov. 28 meeting that the fog houses are essential to summer parks programming.

“The clock is ticking,” Revelle said. “If we’re going to be ready to have a place for the summer 2017 summer camp programs, we need to move ahead to make the fog houses usable.”