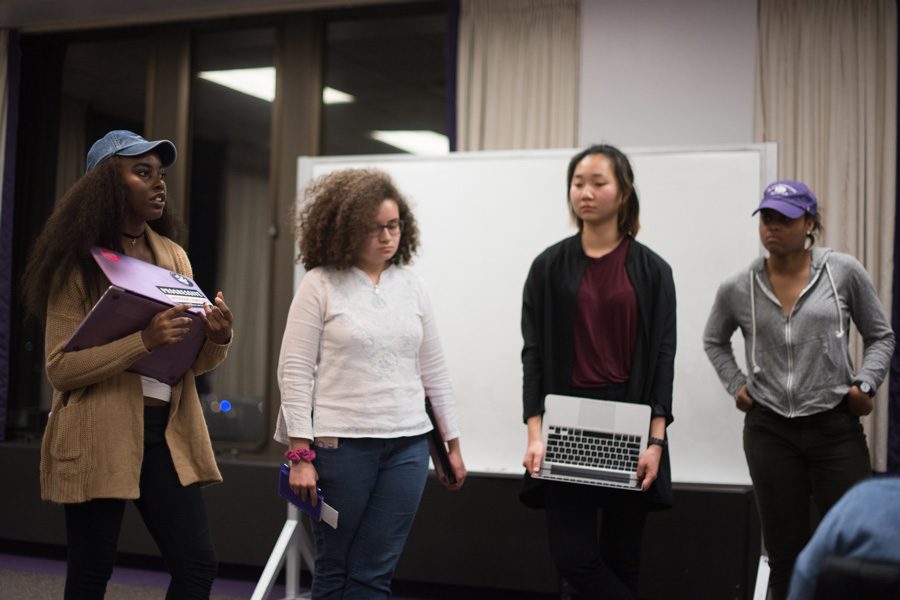 The legislation comes after a petition calling for the “sanctuary” designation collected more than 750 signatures from NU faculty, staff, alumni and students as of Monday evening. Chicago Mayor Rahm Emanuel declared Chicago a sanctuary city on Monday. Evanston Mayor Elizabeth Tisdahl called on City Council on Monday to reaffirm Evanston’s continued support to immigrants as well.

“There was a lot of hateful rhetoric on both sides (in this election),” said McCormick senior Steffany Bahamon, who co-authored the bill. “In addition, the President-elect has vowed to deport 2 to 3 million undocumented immigrants here in the U.S. As a result, we have come up with a bill in order to protect these members of our Northwestern community.”

In most cases, a sanctuary city is a place that does not alert federal authorities about individuals who violate immigration laws.

The bill’s authors said it is unclear if there are any other U.S. campuses that have declared themselves sanctuary campuses. The legislation states other universities such as Harvard, Yale and Brown have also petitioned their administrations for sanctuary status.

“We have undocumented students on this campus, and some of the senators in this room have constituents who are undocumented students, and so their fears are legitimate,” she told The Daily. “The university should be taking steps to comfort them and take tangible policy measures to actually make them feel safe.”

The legislation also asks for NU to create a “resource center” to help undocumented students with financial aid, career services and other resources.

Patterson said it’s important to affirm that undocumented students are welcome at NU.

“This is not the time to be sitting around waiting to see what happens,” Patterson told The Daily. “This is the time to be doing tangible things to ensure that if something does happen we are an inclusive campus.”

The bill also asks NU to make create a way for students to report “hate and bias incidents” regarding citizenship status. The legislation will be voted on next week.

Senate also heard requests for additional A-Status funding for student groups. The Muslim-cultural Students Association asked for an additional $3,075, but after opposition from A-Status Finances vice president Eric Oringer, the motion lost. Senate later approved a $1,400 request by a 15-14 vote.