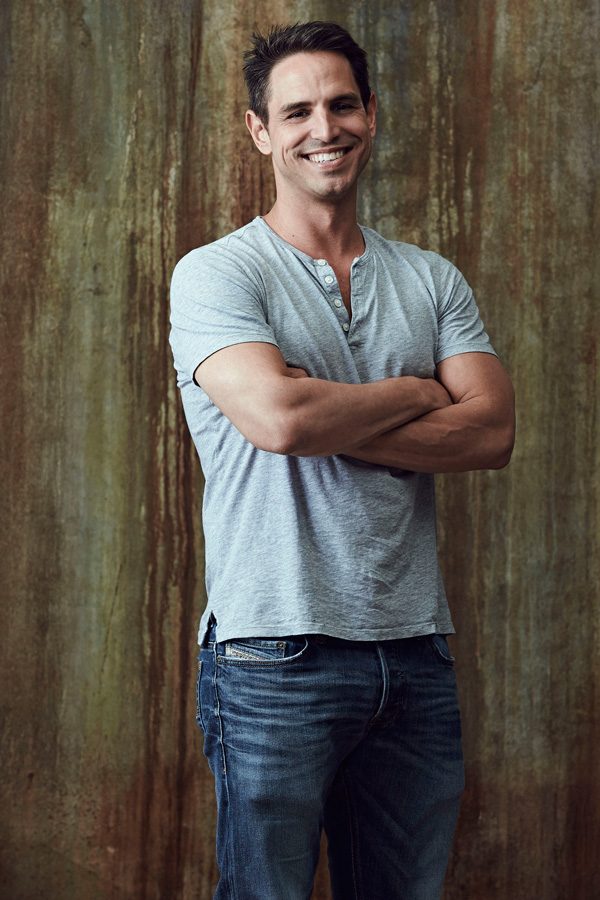 Greg Berlanti (Communication ’94) has been instrumental in the development of several shows adapted from DC Comics. The Northwestern alumnus credited his college experience for shaping his skills as a writer, director and producer.

Greg Berlanti — best known as the showrunner of shows such as “Arrow” and “The Flash” — always wanted to fly.

“In my mind, when I was five or six or seven, I thought, ‘Oh, someday that’ll happen. Someday I’ll have the right cape or I’ll jump off of the porch, and I’ll take flight’,” he said.

Not literally, of course. But since he graduated from Northwestern as an undergraduate, Berlanti (Communication ’94) has forged a career that is continuing to skyrocket.

The writer-producer-director-showrunner has recently become well-known in the entertainment sphere and beyond for his television adaptations of classic DC Comics properties. He’s involved, to some capacity, in more than five upcoming projects ranging from the latest addition to the DC universe “Black Lightning” to “Riverdale,” a live-action take on the Archie Comics.

However, it was not always clear that he would end up a key figure in the comicmania that has infiltrated the movie and television industry in recent years.

Berlanti entered NU as a theater major and graduated with an interdepartmental studies degree, which he described as the product of “taking too many credits in the School of Arts and Sciences and not enough theater crews.” He said he auditioned for several shows during Fall Quarter his freshman year and received zero callbacks. Instead of letting this get him down, he said it made him realize just how many talented people were out there and that there wasn’t necessarily room for everyone to act.

“One of the greatest things I got from school was … I got to sort of learn at a much younger age, ‘Oh, OK. I’m going to have to either step up my game or what other interests do I have?’” Berlanti said.

Those other interests led him down a path that included writing, producing and directing student productions on campus. He worked with several different student theater boards and won second place in the Agnes Nixon Playwright Competition.

Professor emeritus Dominic Missimi had Berlanti in one of his acting classes, but said he got to know him more through extracurricular theater activities. Missimi said Berlanti would bring him his manuscripts to read and that he recognized him as a “multi-skilled young artist.”

“In the 33 years that I have taught at Northwestern, over those years there have always been maybe three or four students that I go, ‘Wow, I really like this person.’ And I used to say I’d be very proud if I had a son like … Greg Berlanti,” he said. “He was I think one of my favorites because of all of those elements of goodness and talent and people skills.”

After graduating — and three years of what he described as “junky jobs” — Berlanti parlayed those skills into a gig writing for the teen drama sensation “Dawson’s Creek.” For about a year, he said he wrote several scripts and kept his head down in an attempt to not get fired. That was until everybody else got fired and Berlanti was offered the chance to run the show.

Berlanti admitted he was hesitant to accept the position at first, but soon realized he had no say in the matter. So only a few years after graduation, he found himself in charge of one of the most talked about shows on TV.

A lot has changed since his days as the guy in charge of monitoring the fates of Dawson, Joey and Pacey, but Berlanti said several things have remained the same as he’s transitioned into what many are calling a period of “peak TV.”

This is something Berlanti knows well. His work on the DC Comic properties is nothing short of successful. With four DC shows currently on air and one more on the way, Berlanti is knee-deep in a universe he has claimed as his own.

He has taken characters originally drawn more than 50 years ago and brought them to a new generation, something he said he remains especially cognizant of during his work. Remembering and capturing the spirit of these characters is important, Berlanti said, but it’s also necessary to make them relatable to a diverse society.

Now, he’s about to do the same with “Riverdale,” for which he serves as executive producer. The show, created by Archie Comics chief creative officer Roberto Aguirre-Sacasa, allowed Berlanti to serve in more of an advocate role, he said. He pushed to get the show picked up to pilot and assisted on the casting and adaptation, a task in which he focused on honoring the heritage of the comics but making sure it didn’t come off as dated.

Julie Plec (Communication ’94) — a longtime friend of Berlanti and currently the executive producer of “The Vampire Diaries” and “The Originals” — first remembers meeting Berlanti while working on a school production in which he was almost completely naked. The two would go on to live in the same apartment building in Los Angeles, and Berlanti said Plec was instrumental in landing his job on “Dawson’s Creek.”

Plec said it’s been extraordinary to watch him rise through the ranks of Hollywood.

“He really shone as a writer when he was at Northwestern … and then once he hit the ground running in Los Angeles, he just exploded,” she said. “He’s a true talent.”

And although Berlanti has moved on from his nearly-nude acting days at NU, there are some things he’ll never completely lose from his time at college.

“There’s no way I would be the person that I am or have done the things that I’ve done without my experience at school, which really prepared me for every aspect of this and also — more than anything — the incredibly competitive environment that the rest of the world really is,” he said.