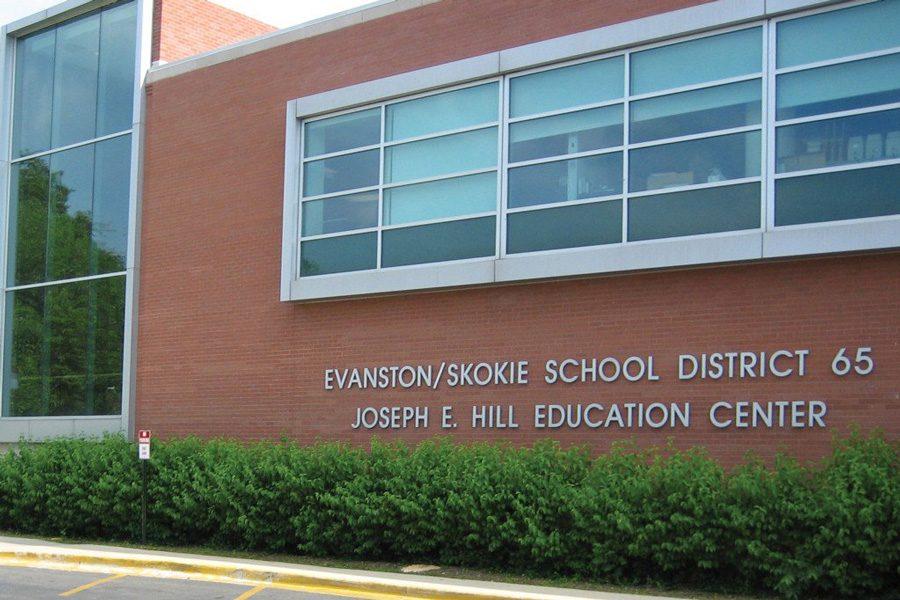 Hundreds of people, mostly teachers and community members, showed up to the District 65 school board meeting Monday to urge board members to reach a deal amid ongoing contract negotiations.

Earlier that day, offers drawn up for both sides were available on the Illinois Educational Labor Relations Board’s website as part of the public posting process.

The District 65 Educators’ Council, the body that represents the teachers, began the strike process last month after several meetings between council representatives and board members with a federal mediator. If a strike were to occur, it wouldn’t take place until after Thanksgiving. According to the District 65 website, teachers have to wait 14 days after the offers are publicly posted before striking. Additionally, they have to give a ten-day notice of their strike date.

The offers from the council and the board show the two sides differ on several key issues, such as how long the contract should be for and planning time for teachers.

The council is requesting that teachers for grades kindergarten through fifth grade receive five days with planning time a week, as they are currently allotted four. The board has included that request in their contract offer, but has stipulated that it not go into effect until the third year of the contract.

District 65 Superintendent Paul Goren said the district needs time to set aside money to pay for the fifth day of planning time.

“The cost of giving the additional planning time means we have to hire actual staff to actually cover that time with those children,” he said. “The reason to go until year three of the four-year contract is that we can accrue savings in the first two years so that we can afford it so we don’t go into further debt.”

According to the board’s offer, the cost of giving teachers the additional day of planning time would be $640,000.

“These teachers need planning time five days a week in order to better serve the students of Evanston,” she said. “Our K-5 teachers currently have planning time four days, and … their workload has increased.”

Goren said the board’s contract offer is an attempt to balance the financial situation with improvements to working conditions.

“We want to be able to recruit and retain the best-level teachers and provide a fair and competitive compensation process, but we also have to do all this within very real financial constraints,” he said. “If we don’t address those deficits, we will have to do reductions of staff … that will have an even bigger impact on all working conditions.”

Zelinski said the board should focus on the teachers.

However, the council and the board do agree those involved in the council should receive more days in the year to attend events with other teacher unions. Additionally, offers for both sides include the provision that the council president be privy to interviews for building principals.

Goren said he was focused on maintaining the literacy and equity conditions touted by the district as well as the competitive salaries for teachers.

Zelinski said the two sides are meeting on Thursday and Friday of this week, and the council was confident in a good outcome that would prevent a strike.

“We hope to get this contract resolved then,” she said. “Obviously we have to plan for … (the) worst case scenario …  but we’re always hopeful that we’re going to get this thing done.”