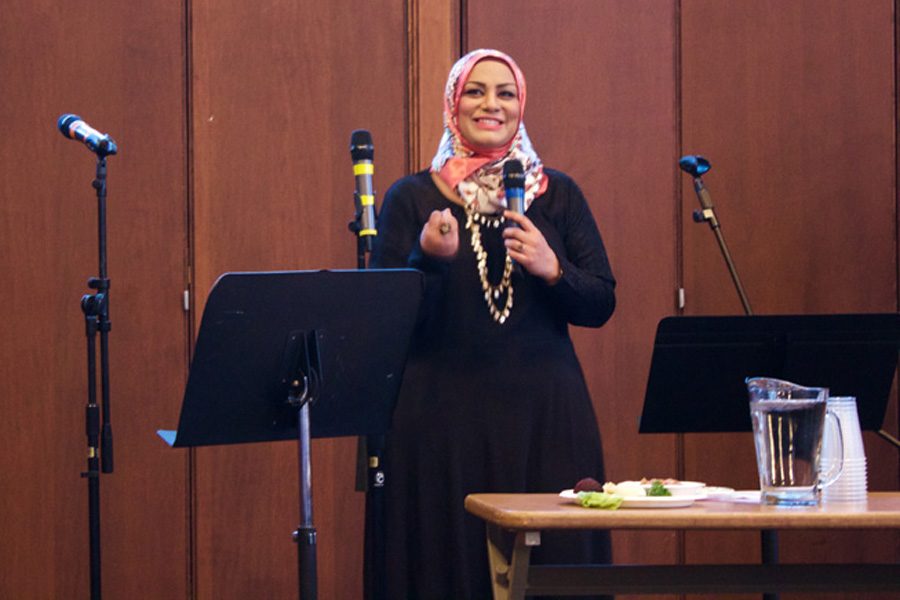 Tahera Ahmad, associate chaplain and director of interfaith engagement, speaks at the Jewish Council on Urban Affairs’ annual Freedom and Justice Seder in April. Ahmad was named one of the Muslim-Jewish Advisory Council’s first members on Monday.

Northwestern’s associate chaplain and director of interfaith engagement Tahera Ahmad was named one of the first members of the newly-formed Muslim-Jewish Advisory Council on Monday.

The council, created by the American Jewish Committee and the Islamic Society of North America, aims to unite prominent business, political and religious leaders from Jewish and Muslim communities to advocate on issues of “common concern,” according to a news release.

Ahmad told The Daily the MJAC has three specific goals for its work: fighting anti-Semitic and Islamophobic bigotry, recognizing Muslim-American and Jewish contributions to the American landscape and civic engagement, and ensuring hate crimes are properly reported and taken into account.

Ahmad added that MJAC is focused on domestic affairs, rather than international issues where communities may disagree, such as conflicts between Israel and Palestine.

“It’s been something both communities have thought about for a long time,” Ahmad told The Daily. “But now, in the time and space that we live in … it’s really significant to send a message to other marginalized communities that there are ways to come together on shared values and work together.”

ISNA is a non-profit organization that supports Muslim communities through education, outreach and civic engagement. AJC, a not-for-profit organization, works to protect the rights of Jews around the world as well as promote human rights and intergroup understanding while combating anti-Semitism and bigotry.