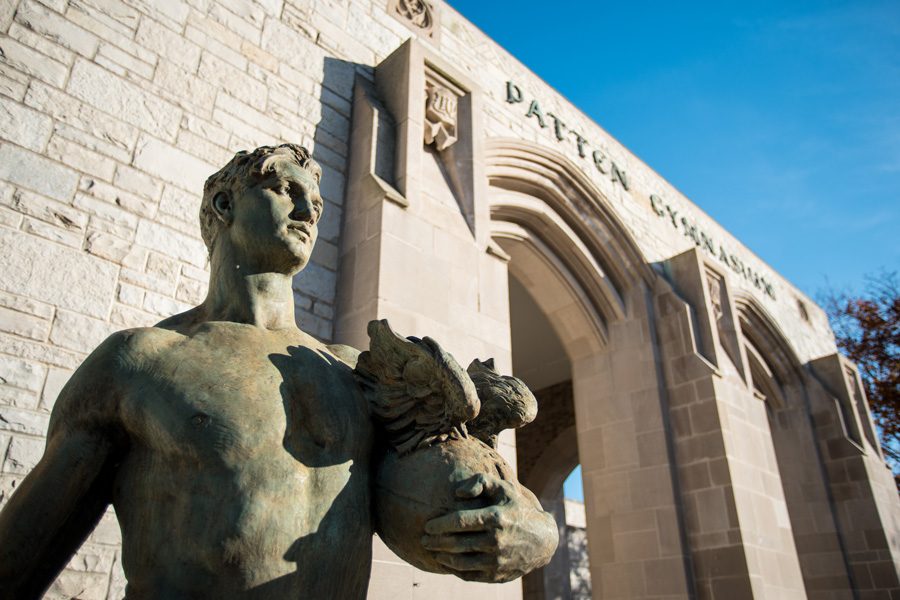 The outside of Patten Gymnasium. Patten and Blomquist Recreation Center will undergo a six-week renovation starting Nov. 21.

Patten Gymnasium and Blomquist Recreation Center will close Nov. 21 for renovation and are scheduled to reopen by early January.

Athletic director Jim Phillips told The Daily that the decision to renovate the two facilities was prompted in part by the need for practice space while Welsh-Ryan Arena — home to varsity men’s and women’s basketball, volleyball and wrestling — undergoes renovation. Phillips said he hopes that the timing of the renovations to Patten and Blomquist will minimally inconvenience to students.

Phillips said that once the Welsh-Ryan Arena renovation is complete, Patten and Blomquist will be “strictly” student facilities. Construction on Welsh-Ryan Arena will begin after the basketball season ends in March, and it will be completed just in time for the 2018-19 season.

Weinberg freshman Chibuzo Ikonte, who plays basketball at Patten five to six days a week, said he does not think a renovation is necessary.

“The gym will be nicer, but I won’t have anywhere to play for a while,” he said. “I feel like the only impact it will have is that it will look nicer. The visual appeal will improve, but physically it will kind of be the same.”

Weinberg freshman Samm Jones, who plays basketball in Patten with Ikonte a few times a week and uses Blomquist every day, said he thinks the renovation is a good idea. However, he said it’s inconvenient that both gyms will undergo construction at the same time.

“People who live far away from SPAC deserve to have as good facilities as people who live near SPAC,” Jones said. “Patten definitely needs new hoops and floors, but Blom not so much. But as a basketball player, I’m not going to be upset if they update the basketball facilities.”

Athletic department spokesman Paul Kennedy said the new facilities will be made more usable by the renovations.

In addition to those changes, Kennedy said some branding updates will help make the gyms feel “a little more Northwestern.”

Phillips said the renovations will have long-term benefits in addition to providing temporary varsity practice space.

“There’s going to be a great benefit to the student body,” Phillips said. “We’re going to spend some real money on (it), because we want it to last for the next 20 or 30 years.”