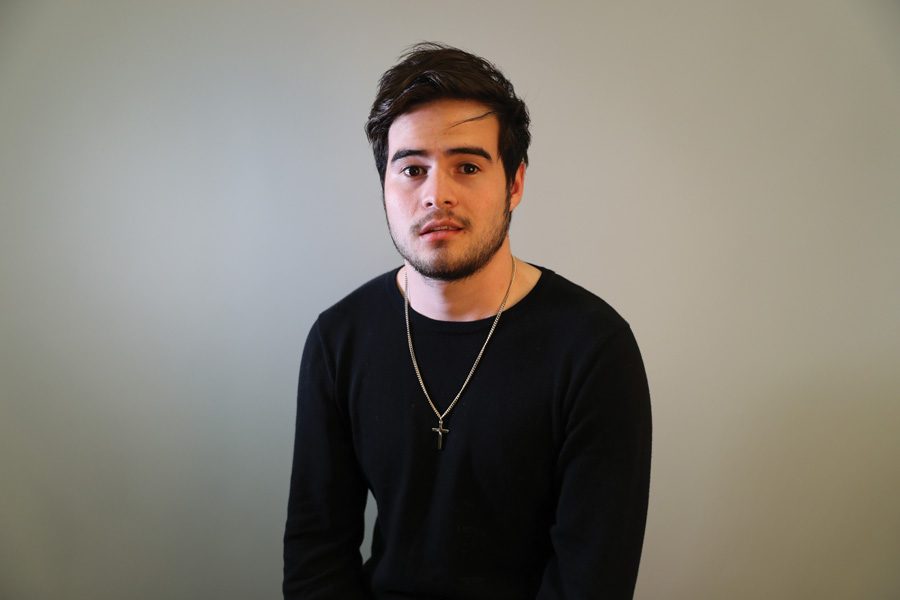 Communication junior Esteban Espino does not plan on voting in the election Tuesday. Espino said he feels unrepresented by the presidential candidates’ platforms.

Although this is the first U.S. presidential election Esteban Espino is old enough to vote in, the Communication junior said it’s “meaningless” to fill out a ballot at this point.

Espino, who was raised in Mexico but born in El Paso, Texas, said neither major presidential candidate will get his vote. He said Hillary Clinton and Donald Trump will be unable to change the way things are run in the political arena because they fail to represent the views of the American people.

“It’s really sad what rock bottom the Americans have hit,” Espino said. “Where is the intellect, the person who will step in and be the voice of eloquence…and reason?”

Weinberg sophomore Philip Wang said the campus culture at NU is politically driven, with many students staying informed and up to date with the debates and the media coverage this election has received. Wang, however, said he typically abstains from conversations about the candidates because he is not well-informed on their platforms.

“Word of mouth is usually biased, and, while I respect all opinions from every single student, I myself don’t want to be swayed by these biases,” he said. “I want to have a very objective source of information.”

Although Wang is from California and identifies as liberal, he echoed Espino’s comments that neither Trump nor Clinton fits his political beliefs. Social media paints Trump as a racist and a “meme,” he said, and Clinton as corrupt and unable to promote social change.

Wang said he will not vote because this election is not his priority. Instead, he said he devoted the time and energy he would have spent researching the platforms to his academic studies.

Many millennials initially “felt the Bern,” Espino said, but after Bernie Sanders lost the Democratic nomination to Clinton in June, he thinks some college students chose to disengage from politics entirely.

“Students are more focused in passing calculus than trying to see who wins the election now,” Espino said.

Weinberg sophomore Jalil Khoury, who voted for Sanders in the Illinois primary in March, said he cannot come to terms with voting for Clinton, a candidate he does not trust, just to keep Trump out of office.

Khoury is a member of the newly-launched Young Democratic Socialists chapter at Northwestern and said his vote should go toward someone he sees fit for president.

College students are a huge part of the voting demographic, Khoury said. There is a greater “philosophical debate” within that population because full-time students are not as preoccupied with taxation and other platform issues targeted toward working people, he said.

“Who you vote for kind of defines who you are,” Khoury said. “A lot of what we believe in…who we trust, goes into (our vote), and a lot of the arguments with the older people don’t apply to us.”

He added that he has not made up his mind yet whether he will vote Tuesday, but he will not circle Trump’s name either way.

Espino said he believes that both candidates, if elected, would support policies he doesn’t agree with.

“If you don’t vote, you can’t complain,” Espino said. “If someone gets elected and they are irresponsible, then it’s your fault for voting for them.”