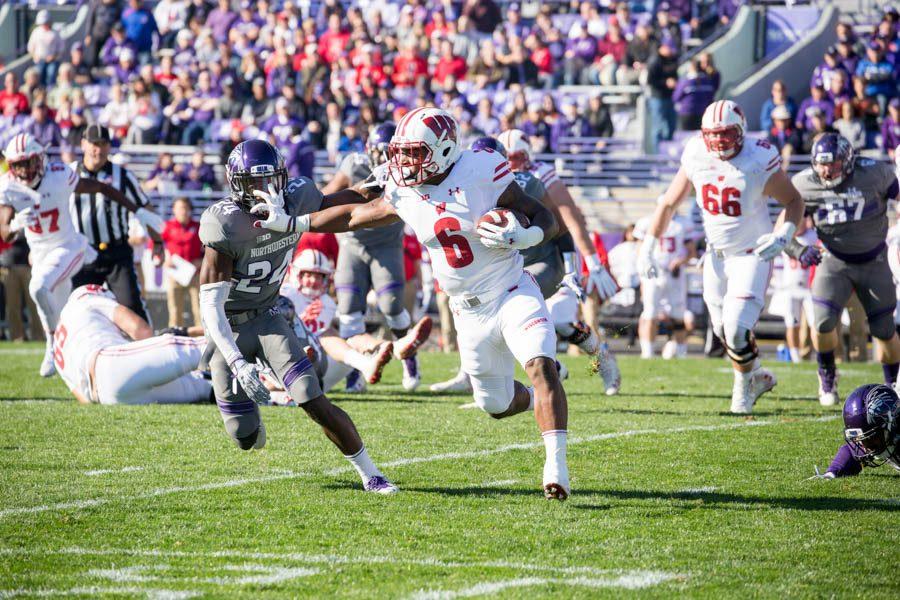 When the Wildcats run the ball poorly, coach Pat Fitzgerald has said in the past, they struggle as a whole offensively. That’s exactly what happened against Wisconsin.

Northwestern was utterly thrashed in the trenches Saturday as the Badgers outgained the Cats 190-39 on the ground. Wisconsin running back Corey Clement bulldozed his way to 106 yards on 32 carries, backup Bradrick Shaw tallied 54 yards on 11 carries and wide receiver Jazz Peavy added 46 rushing yards on his end-around score.

NU’s only saving grace occurred toward the end of the game, when Wisconsin quarterback Bart Houston ran backwards for -37 yards to run out the clock and made the final stats seem slightly less ugly.

“For the most part, the corners hung in there and made plays, but you never want to have corners tackling a 200-pound back every time,” junior linebacker Anthony Walker said. “This was probably the most missed tackles we’ve had as a team.”

Meanwhile, the Cats’ offensive line, which had been steadily improving, was the biggest hindrance to junior running back Justin Jackson, who has regularly posted 100-plus rushing totals throughout his career. Against the Badgers, Jackson was held to just 42 yards on 13 carries, matching his season-low performance in yardage from September’s loss to Illinois State.

Fitzgerald emphasized the line’s need to improve with just three games left in the regular season, saying the difference in the game was his team’s inability to run the football.

“It looked like we weren’t getting to the second level,” Fitzgerald said. “That’s obviously on us; we’ve got to figure out how to be able to get our guys better angles and better opportunities to get the run game going.”

The one drive when the Cats were most successful was in the two-minute drill near the end of the first half. Jackson opened that series with a 28-yard run up the sideline — his only run of the game longer than five yards — and sophomore quarterback Clayton Thorson threw a strike to senior receiver Austin Carr for a touchdown.

It all occurred in a span of 1:02. For the other 58:58 of playing time, NU didn’t appear to have an answer to the Badgers’ rushing attack.

“We were just playing fast,” Thorson said. “I think we’ve seen that a few different times this year, when we play fast, when we’re up-tempo, when we throw it all over the field we can go down there pretty quick. … We’ve just got to continue to do that more consistently throughout the game.”

Going into 2016’s home stretch, the Cats will face three much less intimidating opponents — Purdue, Minnesota and Illinois — than juggernauts Ohio State and Wisconsin, their latest two opponents. Although the Golden Gophers rank No. 30 in run defense nationally, they lag behind the Buckeyes and Badgers, and Purdue and Illinois each sit in the bottom half.

Still, Fitzgerald said he doesn’t worry about NU’s opponents, only itself, and stressed the need to improve on Saturday’s poor showing.