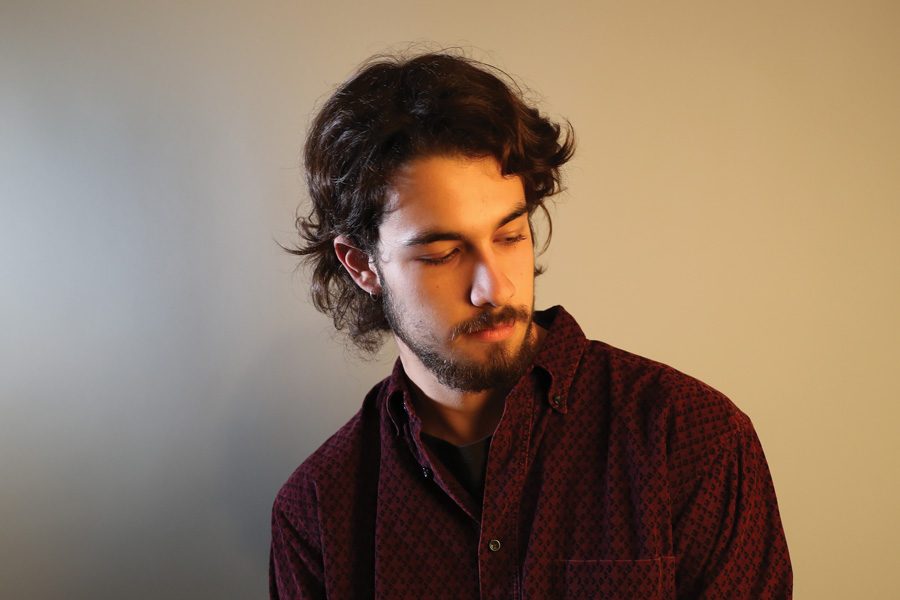 Weinberg freshman Dimitris Goulimaris. Goulimaris, an international student from Greece, is unable to vote in the upcoming presidential election but called it “ridiculous.”

Weinberg freshman Elna Alvear just voted for the first time, but not for an American president.

“In the beginning I was worried because I felt like people were inclining more to Trump,” Alvear said. “But now all these news of him being racist on social media have had a lot of impact on the Americans’ decision and realizing that this is just ridiculous and racist.”

According to the University Data Book, international students made up 8.6 percent of NU’s undergraduate student population during the 2015-2016 school year. Students with U.S. citizenships who were raised abroad aren’t counted in that number, which means a little over 700 undergraduates won’t get to vote in this year’s election and may not have been raised in a household familiar with the U.S. democratic process.

Communication junior Liz Kang, who was born in Korea but raised in Japan, Canada and Indonesia, said growing up she was aware of the “residual wave” that hit her home countries whenever an American election happened. She remembers people in Indonesia supporting Hillary Clinton in the 2008 election because they liked the idea of a female U.S. president.

“I remember all my friends would be like, ‘Oh yeah America, it’s a democracy, and it looks down at Islamic countries because they think they disrespect women,’” she said. “But there are a lot of Muslim countries that have had female heads of state, and America is yet to have one.”

Kang said this has been a sensational election season. From an international student perspective, it is very engaging to watch America make this decision, she said.

Having Donald Trump as a candidate has given people opportunities to insult foreigners, citing examples of cases in which she’s witnessed or heard people being told to “go back to their countries,” Kang said.

“I definitely felt like this is a very unique circumstance, especially with Trump and him having very numerous negative opinions on international students,” she said. “There’s a part of our lives that is very much tied to a decision that’s being made in a few days because of the H1B visa. That’s the work visa for international students.”

Weinberg freshman Dimitris Goulimaris, who is from Greece, said this is probably the “most ridiculous” election he has ever experienced in his life.

“On the one side, we have Hillary; no one likes Hillary,” Goulimaris said. “Everybody says she’s corrupted. There’s probably a reason for people to say that. But then, on the other side, you have Trump. … If I were American, I would vote for Hillary but only because I would never want Trump to rule the country.”

Goulimaris said he understands why a person like Trump would gain followers in the U.S., especially among low-income populations who might be outraged by the current state of the nation and need someone to blame. Trump, he said, is the person who expresses that rage for them.

However, Goulimaris said he didn’t expect Trump to be this close to becoming president.

“This is a phenomenon that takes place in many places around Europe,” he said. “The people are not like Trump, but they have similar ideologies. It’s not as extreme.”

Goulimaris said Trump’s rhetoric towards immigrants is the biggest indicator of how unprepared he is to be president. Deporting immigrants would be terrible for Americans, he said, because America was built by immigrants, and its economy is dependent on them.

Although Goulimaris, Alvear and Kim said they fear how a Trump presidency would affect U.S. foreign relations and immigrant lives, they remain confident the U.S. would never elect him. With the election less than a week away, Alvear said she and her friends prefer to talk about other things.

“I think people, myself as well, just want it to be over,” she said.