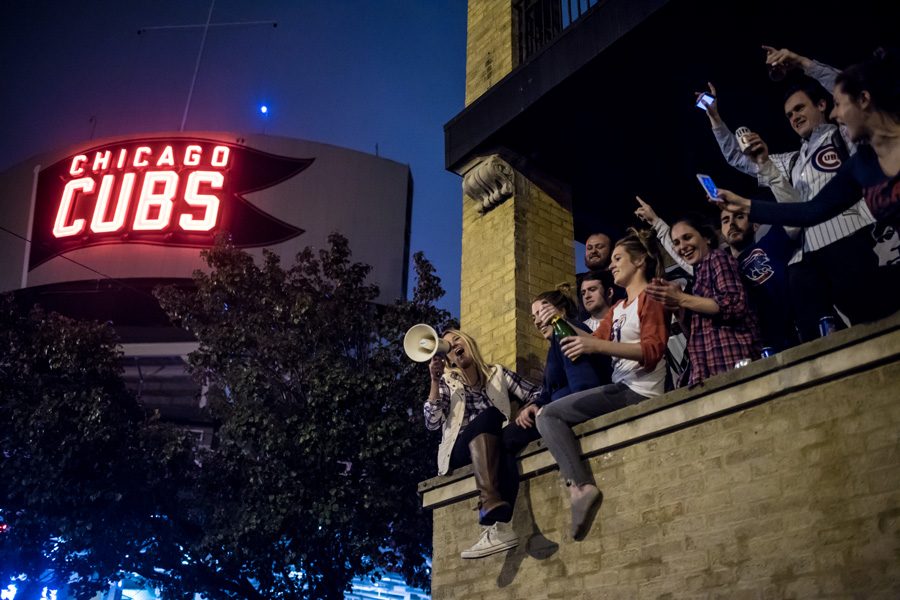 A curse was lifted, the North Side of Chicago exalted and the Evanston city alarm rang into the night Wednesday after the Chicago Cubs captured their first world championship in a century.

The Cubs defeated the Cleveland Indians in a heart-pounding, 10-inning Game 7 of the World Series, capturing Major League Baseball’s highest prize for the first time in 108 years.

The victory came after a historic comeback from a 3-1 series deficit, something no team has done in a World Series since 1985. The Cubs are also the first team to win Games 6 and 7 on the road since the Pittsburgh Pirates managed the feat against the Baltimore Orioles in 1979.

English Prof. Bill Savage, who has been a Cubs season ticket holder for years, said this year’s team is the best he has seen in his lifetime, and marveled at the final game’s climactic finish.

“It’s a really good thing I recently had a check-in with my cardiologist,” Savage said. “Because otherwise, I might have expected to have a grabber and be dead.”

The Cubs led for most of the game, but an eighth inning rally from the Indians helped send the game to extra innings locked 6-6. The Cubs went on to score 2 runs in the top of the 10th, and hung on for an 8-7 win.

Lifelong Cubs fan Sammy Esparza, a Weinberg senior, celebrated in Wrigleyville on Wednesday night and said the victory was “incredible.”

“I’m the happiest man alive right now,” he said. “They were doubting us. We were down three to one … And now here we are. We won!”

Before the Cubs made it to the World Series, Esparza had started a GoFundMe page to raise $107, representing the number of seasons that passed before the Cubs won the World Series this year. Esparza raised the money in less than 24 hours and used it to purchase a goat for a family in need of dairy. He hoped the goat would help end the Curse of the Billy Goat that supposedly plagued the franchise.

Northwestern students and local residents also gathered throughout Evanston to celebrate the win. McCormick senior Alon Schneidman, who celebrated at World of Beer, called the game “insane” and said he was excited despite not being a lifelong baseball fan.

When he saw how well the Cubs were doing, he said he had to go out and cheer for them.

“I’m not a native Chicagoan, but I’ve been here for over three years, so this is pretty f—ing crazy,” he said. “I feel the vibe, and I’ve been waiting for this, too.”

Chicago resident Todd “Yogi” Light said the win had not sunk in yet but noted four generations of his family have rooted for the Cubs to win the World Series.

With tears in his eyes, Light said he was the “only one” still around to witness this historic moment.

“It’s just so incredible,” he said.