Republican candidates on November’s ballot speak to challenges in campaigns 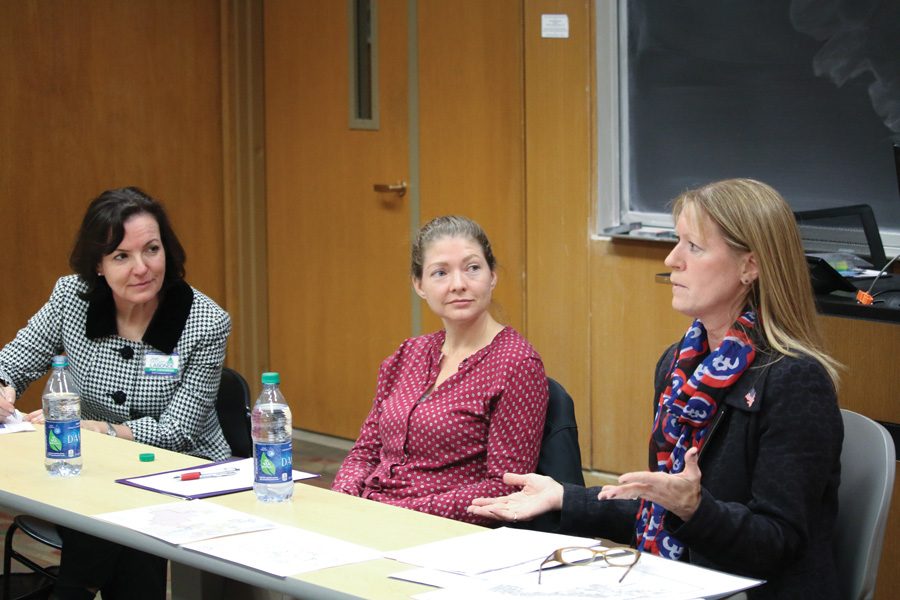 Jessica Tucker and Joan McCarthy Lasonde may be running for office as Republicans, but they both make it know that they do not let their party allegiance dictate their beliefs.

On Thursday, Tucker, a candidate for state representative, and Lasonde, a candidate for the U.S. House of Representatives, discussed treating issues individually rather than simply mimicking their party’s stance. Roughly 30 people attended the event put on by Northwestern University College Republicans and led by political science Prof. Laurel Harbridge Yong.

The two candidates described the challenges of running against incumbent opponents. Both candidates are running against politicians who have been in office for many years, which they said makes it difficult to receive funding for their campaigns and raise awareness for the issues they support.

Bienen sophomore Grant Papastefan, College Republicans secretary of events and a former Daily staffer, said he wanted to invite Lasonde and Tucker to speak because their views align more with the NU student body and the Evanston community than people would expect from Republican nominees.

“When all (College Republicans) don’t necessarily support Trump … we can get behind the local races that really impact us a lot more in this community than the presidential election.” Papastefan said.

Tucker and Lasonde also said gerrymandering, a political process in which district boundaries are drawn to favor one party over another, has also presented problems for them. It causes certain votes to be discounted and others to be weighed a lot more heavily depending on the majority party at the time, Tucker said.

“You can see how absolutely partisan it is to protect incumbency instead of making it fair to the voters and really letting the voters have a voice at the end of the day,” Tucker said.

The two candidates said they are politically moderate, yet described their frustrations in getting voters to look past their party affiliation.

Lasonde recalled walking door-to-door to introduce herself to families in her district and ask them about issues that concerned them. Most families asked Lasonde for her political party, she said.

When she would respond she is “very moderate” but on the Republican ticket, she said she got one of two answers: “You just got my vote,” or “You just lost my vote.”

“There’s so much hatred and so much divisiveness,” Lasonde said. “Nobody cares what the issues are.”

Lasonde said she will not be straight-ticket voting and expressed her support for issue-centered voting. Unlike many other Republicans in their districts, both Tucker and Lasonde support abortion rights.

“I’m not afraid to cross my party line when I don’t agree with them,” Lasonde said. “If you know what you stand for and you believe in it, and then someone’s upset with you or they’re not going to vote for you, that’s their problem.”

“To make an informed vote, you really need to look at the issues the candidates care about,” Stucky said, “because that’s really the only way you’re really going to learn who’s going to fight for what you believe.”