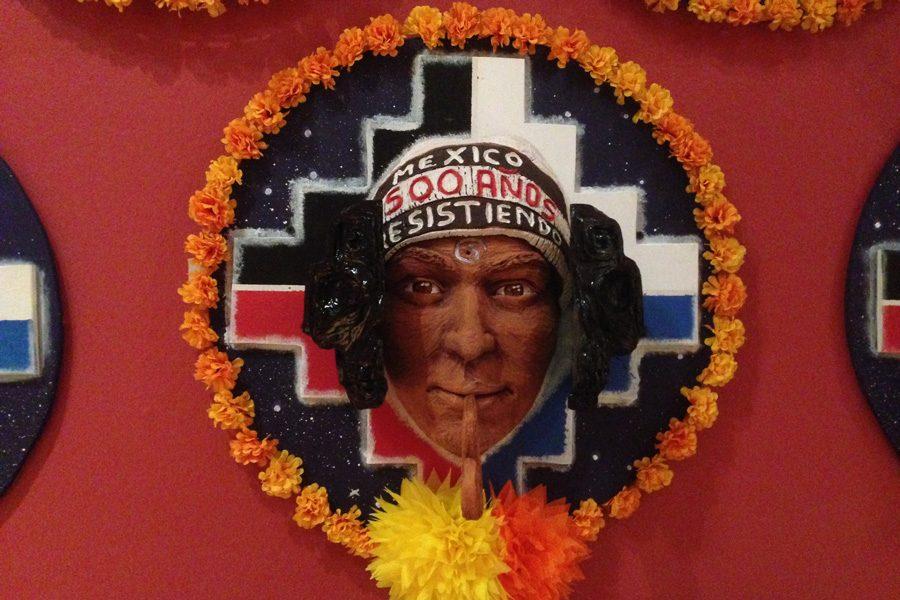 The artist constructed four sculpted portraits of students kidnapped in Mexico in 2014. He used garbage and clay as the media to create the portraits of the students who were burned to ashes.

Although the upcoming Noyes Cultural Arts Center exhibition might initially strike viewers to be a tribute to the students who disappeared in Mexico two years ago, the exhibit carries a deeper political message, creator Alfonso “Piloto” Nieves Ruiz said.

Ruiz said the exhibit subtly criticizes corruption in the Mexican government and acts as a plea for people to be more proactive about ending social injustice.

“The 43,” which includes four sculptured student portraits and 42 clay skulls, is set to open on Friday. Ruiz said the incident serves as a lens into the broken state of Mexican society, which he illustrated through the cracked skulls. These pieces also have a mirror placed inside them for people to see their reflection.

“(The audience) can see their role in these atrocities happening, not only (to) these 43 students but all around the world,” Ruiz said. “It’s more about seeing what is your role here.”

In 2014, 43 students in Mexico were seized by municipal police, then handed over to a drug cartel who killed and burned the students in a garbage dump, according a report published by the Mexican government. Investigations from international observers have raised questions about the validity of the report. Ruiz said he was inspired to make his artwork after information on the police’s involvement came to light.

The exhibit’s mission is to also make the public more aware of Mexico’s ongoing issues regarding social rebellion and government oppression, said Tonatiuh Ayala, an artist who helped Ruiz with building the woodwork and painting some of his pieces.

Ayala’s relationship with Ruiz grew from their concern for social issues in Mexico, Ayala said. He said he decided to help with “The 43” after realizing it was a way for him to contribute in making a strong statement against the Mexican government.

“Not everything in Mexico is ‘party and have a good time’,” Ayala said. “That’s for the tourists, not for the people who live there and struggle with the system.”

Ruiz said trash and pollution from American factories polluted the small Mexican town where he grew up, an experience that inspired him to create his artwork out of clay and garbage. He added if he’s able to produce something beautiful from garbage, others can adopt similar attitudes as well.

Ruiz has always worked with these materials for his artwork but said his use of these media is especially meaningful for “The 43.” The elemental nature of clay speaks to the students who were burnt to ashes, he said.

“Since I work with clay, you have to put it through the process of fire to make it sturdy, to make it strong,” Ruiz said. “We are earth, and earth with fire becomes stone. I’m making the students come out from the death to speak out the truth.”

Evanston Cultural Arts Coordinator Jennifer Lasik said Latino art has been underappreciated in the Evanston community in the past, so Ruiz’s artwork will fill that gap and his passion for social justice will strike a chord with Evanston residents.

“Evanston is a community that really has an interest in topics of social justice, and so we felt that this was a good fit for community engagement,” Lasik said. “We like to question people on their values and their beliefs and ask the whys and hows.”

Ruiz said he intends to change society for the better through art by continuing to produce politically and socially relevant work.

“It’s our responsibility as an artist to do something, to do your part,” he said. “Any kind of art is political at the end because you are not doing what the establishment told you to do. In my case, I feel the necessity to speak up for what I see.”