Students backing Trump criticize nominee’s comments, but still plan to vote for him 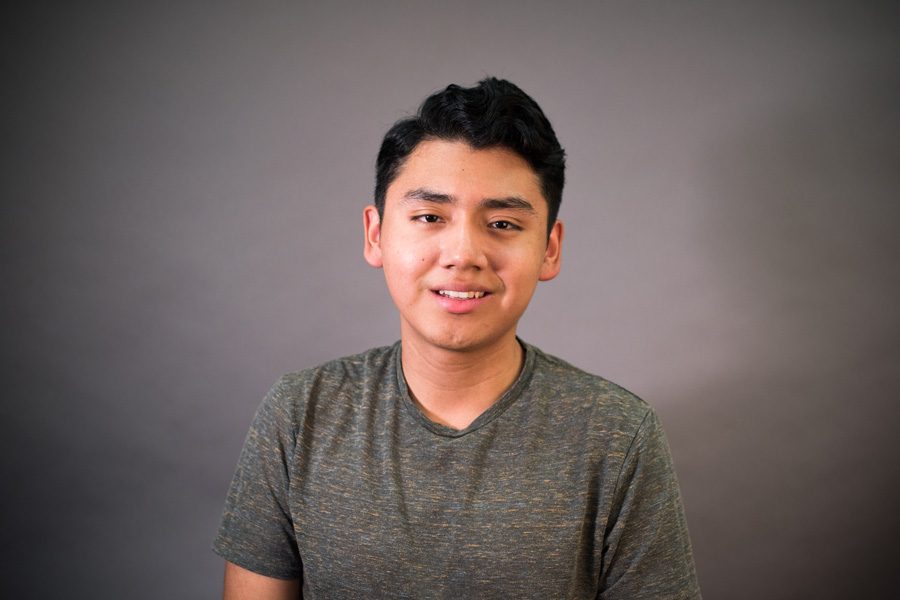 Weinberg sophomore Sammy Cuautle initially voted for Rand Paul in the Republican primary but said he now supports Donald Trump. Cuautle said he thinks there are more Trump supporters on campus who choose not to voice their beliefs out of fear of being judged.

Although Sammy Cuautle initially wanted to vote for Rand Paul in the Republican primary, there were only three options left when he went to vote in Illinois: Gov. John Kasich, Sen. Ted Cruz and Donald Trump. Cuautle ended up voting for Kasich because he said he didn’t want to tell people he had voted for Trump.

“I just couldn’t actually bring myself to bubble the circle next to his name,” the Weinberg sophomore said. “There was still that part of me that was afraid of the social aspect of voting for Trump.”

Cuautle, who now backs Trump, is one of several students at Northwestern who is hesitant to outwardly express their support for the Republican nominee. These students said they feel they will be criticized by their peers, especially on a campus with liberal leanings.

Several students supporting Trump declined to speak to The Daily about their views on the candidate.

Zbihley said he has not been very open about his support with the exception of a select group of friends. In the short time he’s been on campus, he said he’s learned Northwestern is a left-leaning campus, and that he is reluctant to express his views to people he doesn’t know.

“If I were to say I support Trump to a random group of people, I feel like I’d be immediately labeled whatever they want to label me — typically not in a good light — without really listening,” Zbihley said. “Everything I’d say from then on would be muted to them. They wouldn’t fully listen to what I’m saying.”

During the summer, College Republicans’ Facebook page was spammed by users who accused the group of racism, said Cuautle, who serves as the group’s secretary of public relations. In September, the group’s executive board decided to neither endorse nor condemn Trump.

“We decided the best way for us to help facilitate the discussion and to serve our goal of giving the conservative students a voice is to remain neutral as far as endorsing any one particular candidate,” College Republicans president Jack Stucky told The Daily in September.

College Democrats co-president Sydney Selix said she avoids engaging in arguments with Trump supporters because she feels it isn’t worth it. The SESP senior said she understands why Trump supporters on campus feel they can’t freely discuss their political beliefs.

Cuautle and Zbihley both said they tend to disagree with the hyperbolic and controversial statements Trump makes. Zbihley said he condemns Trump’s comments revealed in footage published by The Washington Post, in which the candidate brags about sexually assaulting women. Trump has since called his comments “locker room talk.”

But Zbihley still agrees with Trump about specific policies. Like many Republicans, Zbihley said, he wants to make sure the open Supreme Court seat is filled by a conservative judge.

He also emphasized the role his faith played in his decision to support Trump.

“I have a feeling Hillary’s going to come after the church and put into law that Catholic churches would have to give birth control and perform gay marriages,” Zbihley said. “That’s something that goes against Catholic religious beliefs and would be an infringement on our First Amendment rights.”

Neither Clinton nor her running mate, Virginia Sen. Tim Kaine, have publically said they intend to force Catholic churches to perform gay marriages. Clinton tweeted in May that “every woman, no matter where she works, deserves birth control coverage.”

Zbihley and Cuautle also discredited some of Trump’s ideas, such as building a wall along the southern border, as being too unrealistic.

“The wall is a very ineffective way of curbing illegal immigration,” Cuautle said. “It’s a very simple minded thing to think, ‘Oh, let me build a big, physical barrier and nobody’s going to be able to get in.’”

Zbihley and Cuautle both said they think there are more Trump supporters on campus who choose not to voice their beliefs out of fear of being judged.

Cuautle said he sees NU moving in a more liberal direction, and that may discourage some Trump supporters from speaking out. As an example, he pointed to University President Morton Schapiro’s convocation speech in September, in which Schapiro blasted critics of safe spaces and trigger warnings on campus.

“It’s become more and more the stereotypical liberal campus,” Cuautle said. “When Morty gave his speech to the freshmen and it was all about safe spaces, that was clearly a shift toward the left.”

Zbihley said the liberal atmosphere on campus hasn’t been too overwhelming, but he does feel like he’s had to stay quiet in some situations. Overall, he said he doesn’t like confrontation, leading him to avoid engaging in many political discussions.

“I don’t feel persecuted per se, but for the first time in my life I have felt significantly like a minority,” Zbihley said.