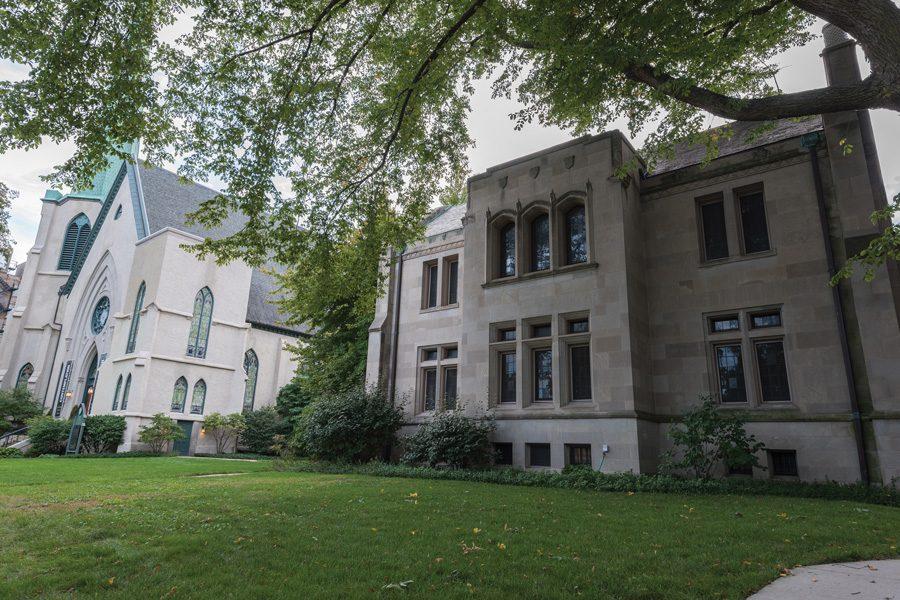 Connections for the Homeless runs a transitional shelter called Hilda’s Place at 1458 Chicago Ave. Several churches and host sites across the city will be offering additional shelter space in the winter months through Interfaith Action of Evanston.

A local non-profit organization is hoping to provide more relief for Evanston’s homeless population this winter by increasing the temperature required to open its shelter’s doors.

In past winters, Interfaith Action of Evanston, a homelessness advocacy organization, has opened its emergency overnight homeless shelter only when the temperature has dipped below 5 degrees. This winter, the organization has plans to raise that minimum temperature to 15 degrees, said Susan Murphy, executive director of the organization.

“We feel that nobody should have to sleep outside ever — even in the summer,” Murphy said, “But we don’t have another emergency overnight shelter in Evanston, so we are trying to be open more often (in the winter).”

Interfaith Action organizes a hospitality center on weekday mornings with breakfast, stress counseling and computer training. It also runs four soup kitchens in the area year-round and offers warming centers in addition to emergency shelter in the winter.

For four months starting Nov. 15, the shelter will open any time the temperature is below 15 degrees. Murphy said the emergency shelter will most likely be open every night in January and February.

Calder also said the rise in the minimum “isn’t high enough, but it’s as much as they think they can handle.”

Betty Bogg, executive director of Connections for the Homeless in Evanston, noted that winters are particularly difficult for the homeless community.

About 10 percent of Evanston citizens are homeless or at risk of becoming homeless due to Evanston’s unaffordable housing, Bogg said. Those labeled “at risk” are people making less than the area median income and using more than 50 percent of their income on rent.

Currently, Evanston only has two shelter options: Hilda’s Place, a transitional shelter for men and women, and Interfaith Action’s winter emergency shelter. Hilda’s Place houses up to 20 people with the goal of ultimately placing them in more permanent housing.

More churches volunteered to host emergency shelters throughout the winter, which made the increase in minimum temperature possible for this year, Murphy said.

The current challenge for Interfaith Action is a lack of resources, Murphy said. The organization is looking for volunteers to staff the overnight shelter and for a paid overnight supervisor.

Connections for the Homeless — which runs Hilda’s Place — has the same problem finding resources, Bogg said.

“The challenge for organizations like ours — always, no matter the season — is finding the resources that we need,” she said. “All kinds of government funding can be unreliable.”

Bogg said September that Connections wrote state funding out of their budget for the 2017 fiscal year after having to wait more than a year to get their state funding from the 2016 fiscal year. The organization still has contracts with the state for the current fiscal year but is moving forward as if it will not be paid.

Each year, Evanston receives about $2 million in federal Community Development Block Grant funds, and this year, the city allocated a portion of those funds to Interfaith Action, Calder said. Both Connections for the Homeless and Interfaith Action have received city money in the past.

Still, Interfaith Action is struggling to find the resources necessary to open the overnight shelter as often as it would like.

“We could really use help,” Murphy said.