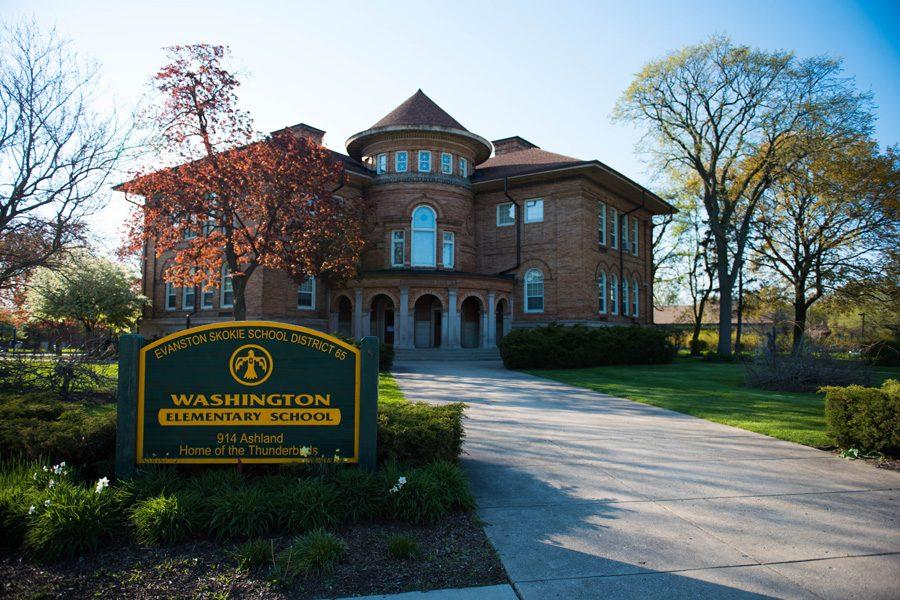 Washington Elementary School, 914 Ashland Ave., is one of ten elementary schools in Evanston/Skokie School District 65. The District Educators’ Council and the District 65 Board of Education recently agreed to bring in a mediator for their contract negotiations.

Evanston/Skokie District 65 teachers have gone for more than a month without a contract.

A significant part of the negotiations have been over working conditions for the teachers, Zelinksi said.

Earlier this month, both sides agreed to use a federal mediator to help with the negotiations, which were planned to be finalized by the beginning of the 2016-2017 school year.

“My sincere hope is that involvement of a mediator will help both sides make progress towards a fair contract for all,” said board member Candace Chow at a school board meeting last week.

Chow said this was a “pivotal” time for the school district, in that the work of educators and students is progressing while financial challenges mount up. Working with a mediator will help both the teachers and the board member address those issues.

“The time is upon all of us to share responsibility in addressing these challenges so that we can both maintain the quality of education here in Evanston and Skokie and provide job stability for our valued professionals,” she said.

Although teachers are still being paid, working without a contract can be troublesome, Zelinski said.

Zelinski said the two sides have met about 18 times since the negotiations began in February. However, Superintendent Paul Goren has not been at every meeting, even though his attendance is typical of negotiations in the district in years past, Zelinski said. This has complicated things for the council, she said.

“We’ve never bargained a contract before without having the superintendent and at least two school board members actively involved in the process,” she said. “It just made things take a lot longer.”

Teachers in kindergarten through fifth grade currently have designated time to plan lessons and do other administrative tasks on four days of the week, Zelinski said. On the fifth day, they have “virtually no” planning time during the day, which they hope to add during these negotiations.

Planning time is important for a teacher’s work, Zelinski said.

“Teachers need an adequate amount of time during the school day to provide a level of planning that will be very helpful for their students and their classrooms,” she said.

Bill Farmer (Weinberg ‘03), who is the Teacher’s Council president at Evanston Township High School, said he was keeping in touch with Zelinski about the ongoing negotiations. ETHS is covered by District 202 and has a one-year extension on contracts that will be up at the end of this school year. Farmer said negotiations for their contracts would begin in November.

“We face similar challenges like state budget uncertainty and school funding reform at the state level too,” he said.

Farmer said although he understands the district’s financial struggles, teachers need to be paid fairly.

“If the district wants to stay competitive and be able to attract the kind of teachers they need, they need to try to make sure that their salaries are attractive within the suburban area,” he said.