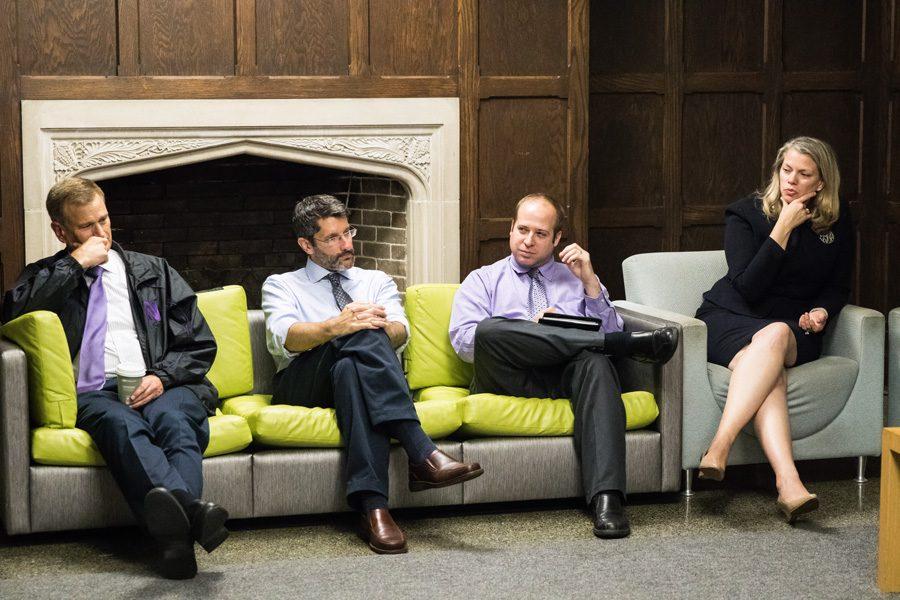 Roughly 13 students and five administrators attended the discussion held in Rogers House. The meeting began with an update from the committee about its goals and plans regarding on-campus housing.

Currently, the committee has tentative plans to bring the concept of neighborhoods to residential living, said Tim DeBold, coordinator of Residential Academic Initiatives. This would involve creating communities among different residence halls and colleges where each building would offer specific amenities, he said.

“We pointed out some serious holes in the plans,” said Joey Salvo, a Weinberg junior and president of Slivka Residential College.

Questions regarding Greek life involvement, themes and financial commitments were also raised at the town hall. The questions were often met with the reiteration that the committee has no set plans and is focusing on student feedback.

“We don’t have detailed blueprints and programmatic schedules and (organizational) charts,” said Brad Zakarin, director of the Office of Residential Academic Initiatives and one of the four committee members hosting the event.

“We’re not moving forward without hearing from the greater student body because they are going to help us create this process,” Payne-Kirchmeier said. “We don’t do this in the absence of student voices. We do it with them.”

Monday’s meeting was the first of seven town halls scheduled for October.

Various committee members will host six more meetings similar to Monday’s at different locations across campus. Zakarin said there will be a student moderator helping at each event and calling on students for questions at future town halls.

Although it was only the first of seven, many students said Monday’s town hall was a good starting point for the conversation about on-campus housing.

“It was a good discussion on both sides,” Salvo said.“It shows that people are interested in shaping their communities for the future, which makes me proud to be a part of Northwestern.”