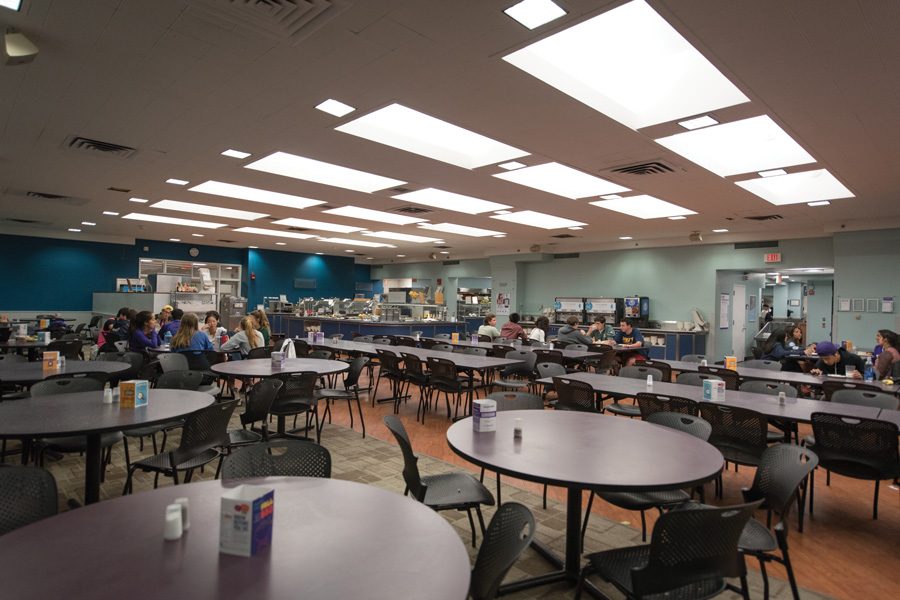 With new locations for late-night food and improvements to dining hall options, Northwestern Dining is implementing changes beyond the altered closing times at Norris University Center this year.

Elder and Willard dining halls used to offer late-night dining, but the services have been relocated to Sargent and Hinman dining halls, respectively. Fran’s Cafe moved to Hinman after Willard closed at the end of last year.

“While we can’t fully recreate the atmosphere that was Fran’s, we are definitely trying to make sure that the menu is reflective of Willard,” said Ken Field, director of dining.

Yiraida Berrios, a Sodexo employee at Fran’s, said the move from Willard to Hinman is “like new shoes — you gotta break them in.”

Berrios described the new environment as less cozy and emptier than last year.

“I don’t know if it’s because people don’t know about us, but it’s not even half,” she said. “There’s a lot of people who live in this building who don’t know we are here.”

Fran’s is now open one hour longer, from 8 p.m. to 3 a.m., Mondays through Thursdays. It serves the same food as it did last year with some items added to the menu, Berrios said.

Though it will no longer be open for late-night dining, Elder now offers breakfast between 7 a.m. to 9 a.m., said general manager of resident dining Buzz Doyle.

“We felt like more students would access and use the late-night option if we moved it to Sargent and made it more convenient,” Field said.

Doyle said the transition from Elder to Sargent has been smooth. About 150 students have dined at Sargent each night, which is roughly equal to the turnout at the end of last year, he said.

NU Dining wants to improve the general dining experience in residential areas, Field said. It hopes to be more attentive to student voices and launch what he called “an expanded dining advisory board” that will receive localized feedback.

“(We’re) partnering with local restaurants from Evanston, so we’re gonna have pop-up restaurants within the dining halls each month,” he said. “We’re reaching out to other restaurants to allow them to come … feature some of their food, techniques, talk to students and hopefully encourage students to go out and try their restaurants as well.”

Other considerations include a campus-wide increase in vegan and gluten-free options, similar to those available in Allison last year, as well as efforts to improve C-stores throughout campus, Field said. After reducing items at Lisa’s Cafe in Slivka residential college due to high amounts of theft, NU Dining plans to restock and adjust the store following students’ requests for expanded offerings, Field said.

“We felt like those costs were higher, and the layout wasn’t conducive to having all the C-store items,” Field said. “We’re gonna set it up with some adjustments … so we can bring those items back for students.”