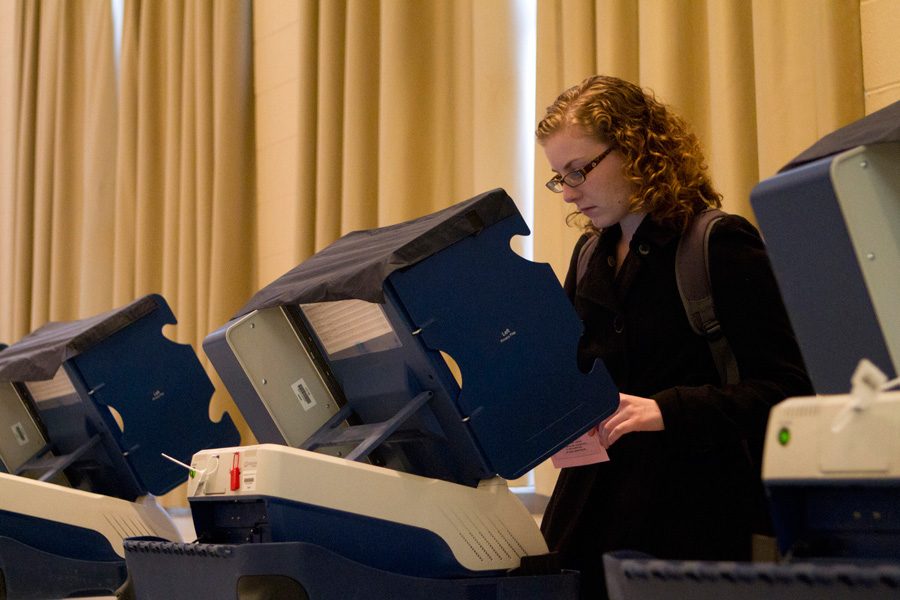 A federal judge limited same-day voter registration in Illinois on Tuesday. Opponents of the law said it disadvantaged rural voters.

Illinois residents will not be able to register at polling precincts the same day they vote this fall, after a federal judge struck down a state law facilitating same-day voter registration on Tuesday.

Voters can still register on Election Day at certain locations, according to the decision.

Opponents of the law said it favored people living in large cities and disadvantaged rural Illinois residents. Nonpartisan Liberty Justice Center challenged the law by saying it allowed some people in populous counties to register and vote on the same day, but didn’t extend the same right to some people in sparse counties, violating the Equal Protection Clause of the 14th Amendment.

“(Democrats) set up a scheme designed to boost Democratic voter turnout more than it would boost Republican voter turnout,” Jacob Huebert, a senior attorney at the Liberty Justice Center, said in a statement. “This is just another example of how Illinois politicians rig the system to keep themselves in power.”

The election day registration law was passed in 2014. In the March 2016 primary, more than 100,000 people statewide registered and voted in the same day.

Voting rights advocates such as League of Women Voters of Illinois and the Illinois Campaign for Political Reform discouraged the judge in August from ruling the law unconstitutional so close to the general election.

“We must continue to use every available method to ensure that every eligible voter in our state can access the ballot – not create obstacles to the franchise,” a spokesman from the American Civil Liberties Union of Illinois said in a press release. “Thousands of people who are depending on (the law) could lose the ability to vote if this ruling stands for the November general election.”

Cook County Clerk David Orr released a statement saying he was “extremely disappointed” in the ruling, and he expects to appeal the ruling soon. Orr said the overruling was led by Republicans.

“This lawsuit was a thinly-veiled partisan effort by the right-wing Illinois Policy Institute to disenfranchise voters,” Orr said in a press release. “Simply put, today’s ruling will lead to voters being disenfranchised on (Nov. 8).”