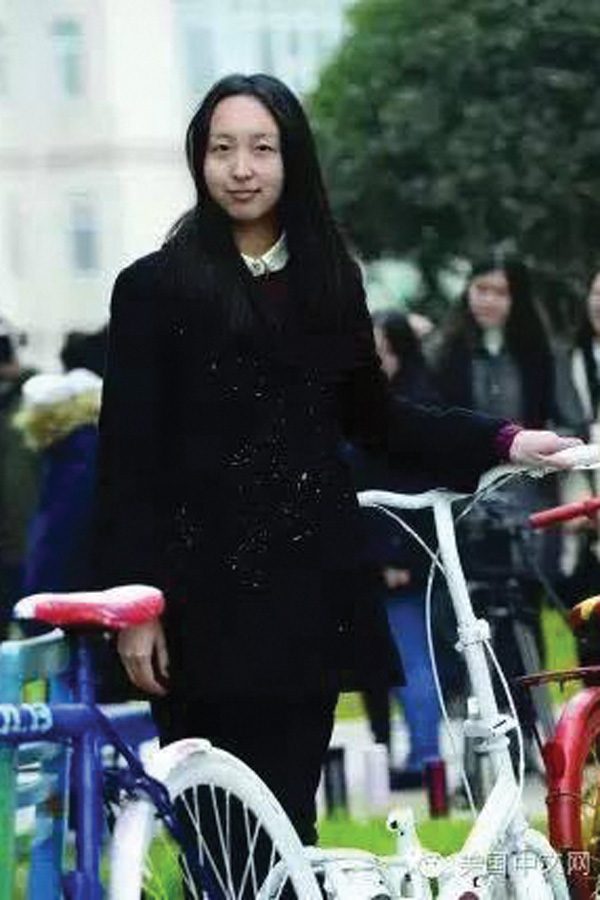 When Chuyuan “Chu” Qiu was accepted to Northwestern University, her friends knew she had found her next adventure.

“There will be so many things to discover in Northwestern,” she told Yi Gao, first-year Cornell University graduate student and a childhood friend, in January. The two were chatting about the future excursions to Chicago and the foreign dishes of the Midwestern United States that Qiu would experience.

Qiu was a Weinberg freshman, resident of the Residential College of Community and Cultural Studies and member of the Kaplan Humanities Scholars Program. On Sept. 22, the Nanjing, China native was fatally hit by a cement truck while biking on Sheridan Road and Garrett Place.

“We were telling her how exciting the life at Northwestern will be,” Gao said. “And it’s just so sad. She can’t actually experience what we said.”

Qiu’s death has sparked Ald. Judy Fiske (1st) to call for a lowered speed limit on Sheridan Road, a sentiment echoed by Communication senior Emily Blim in an online petition that has culled more than 550 supporters, as of Thursday evening. Bike lane installations for Sheridan Road were postponed by City Council in 2014 until 2017.

A graduate of Nanjing Foreign Language School, Qiu ran for and won a student council position as chair of student life and also participated in Model UN, business team competitions and student activity planning committees. Earlier this year, she and six other girls from the top-ranked high school were christened as the “Seven Fairies” for their acceptances into elite American universities — a riff off a Chinese folktale of seven young girls who lived in heaven.

But to her friends, Qiu wasn’t quite the ambitious overachiever her resume made her out to be. In fact, she was quite the prankster.

Classmates could always count on Qiu to suddenly swoop down and pinch them — in the face, the arms, wherever was most vulnerable. The girls would laugh at her playfulness and tell her to stop, while the boys would suddenly feel shy.

“She’s like the kind of person that cheers you up and she’s got this kind of energy in her,” Gao said. “You think she is special. She is different.”

University of California, Berkeley freshman Yunqi Li remembers Qiu campaigned for student council chair of student life and ran with another girl who also was named “Chu.” They dubbed their campaign team “Chu Chu Dong Ren” — “very gorgeous” in Chinese. It was a riff on how their actual campaign video had a very masculine style, Li said.

Another friend and old classmate, Washington University in St. Louis freshman Sylvia Sheng, said the most moving feature of Qiu was her devotion to being a “team player.” During get-togethers, if someone seemed bored, Qiu would be the one to cheer that person up.

Gao remembers sitting in a restaurant with Qiu and complaining about ordering too much food. Qiu just giggled at her frustration and said, “Don’t worry. Just go back home and work it out. You just look good the way you are.”

Food was a common ground for all of Qiu’s friends’ memories with her. She was not afraid to travel long distances or test out different recipes just to try out a new dish, her friends said. For Qiu, cooking was yet another medium to discover the world around her.

Qiu’s friends remember she had her fair share of secret admirers, citing her sweet smile, affable nature and academic excellence. But Sheng also saw Qiu as a tomboy at times. Though Qiu loved fashion, she would much rather wait for the next “Game of Thrones” episode or be absorbed in an online video game than watch a romance movie, Sheng said.

In America, Qiu spent her final weeks exploring a culture Sheng knew would have fit her.
“The life in the U.S. is more free,” Sheng said. “Most Chinese students are very conservative. She wasn’t. She did not care about what other people think about her.”

The past several days, Gao finds herself replaying an old memory of Qiu. She remembers Qiu’s timid days as a toddler, when her family friends would tease her for not wanting to talk to people. Qiu would then turn toward her mother and bury her face in her bosom, Gao said.

Remarkably, that shy child would grow up to fly halfway across the world as an incoming freshman at NU this month. Gao said her family at first wanted her to stay close to home, but knew there was more out there in the world for Qiu, both in terms of the cuisine and the people she would encounter.

In the midst of Wildcat Welcome, typing from her new home tucked on the shore of Lake Michigan, Qiu messaged all her friends, wishing them a great school year ahead.

“She just, she had such bright horizons,” Gao said. “She really got this kind of vision that she wanted to see a bigger world.”

There will be a memorial service Friday at 5:30 p.m. in Alice Millar Chapel.