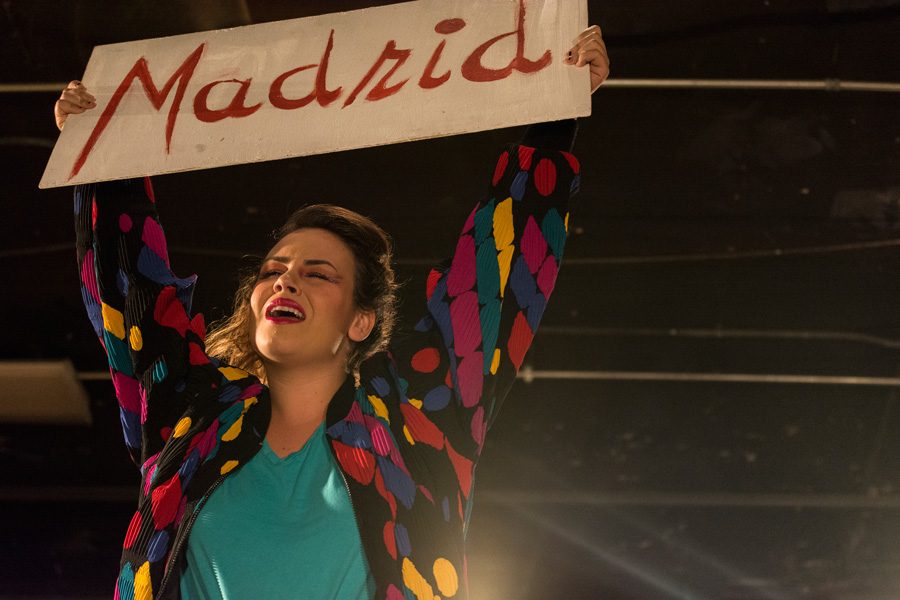 "Women on the Verge of a Nervous Breakdown," Arts Alliance's fall production, centers around a woman's resilient approach to life's challenges. The show premieres Thursday, Sept. 29.

“Women on the Verge of a Nervous Breakdown,” which premieres Thursday, centers around a woman’s resilient, humorous approach to the challenges in her life.

The show, a dark comedy following the life of Pepa Marcos after her boyfriend leaves her, was one of three that Hartman and Carbonell pitched to the Arts Alliance board during Spring Quarter. The pair said they identified with this particular show because of its style of humor.

“Our sort of mantra through the whole process was ‘joy with a bite,’” said Hartman, a Communication senior. “(This show) sort of exemplifies that — it’s crazy and fun and wild and taboo and sort of hits on some of the more serious emotional stuff.”

“When (Pepa) finds out some pretty unexpected news, her way of dealing with it is making a joke to the room as she leaves,” Howard said. “The thing that I love about Pepa is that, when a problem arises, her first instinct is to fix it.”

For the production team, this can-do mindset was something that translated into the real-life creation of the show.

“Women on the Verge of a Nervous Breakdown” was originally a film, then adapted as a musical on Broadway and the West End. Hartman said one of the biggest challenges the team faced was bringing a silver screen story alive on stage, especially without a Broadway budget.

He made an example of the production’s car chase scene.

“How the hell do you do a car chase in a box?” Hartman said.

Because of the show’s staging and budget limitations, the crew had to figure out a way to recreate the look and feel of a car chase on stage. As a creative solution, they decided to use chairs on wheels as replacements for actual cars.

“(The actors) are literally ‘flintstoning’ around in these rolly chairs,” said Carbonell, a Communication junior.

In addition to the production “chaos,” Hartman said the way the musical’s characters embrace chaos in the show is something everyone can learn from. He added it’s something he ponders on during his daily life as a Northwestern student.

“It’s a show where people are fighting, and then somehow everyone wins the fight,” Hartman said. “In the end, everybody’s together. The chaos is still there, but everyone is together in that madness … That’s what I take from it, and that’s what I hope the audience takes from it.”