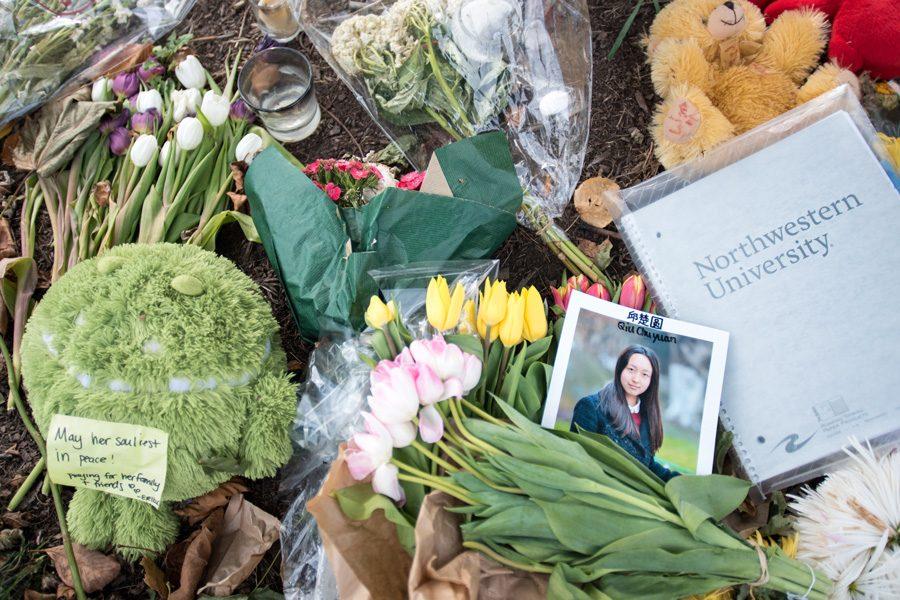 Qiu, a first-year student, was killed in an accident with a cement truck Thursday near the intersection of Garrett Place and Sheridan Road. The 18-year-old Weinberg student collided with the truck’s furthest back curbside wheel, Evanston police chief Richard Eddington said. The impact of the collision caused her to roll under the truck. No traffic violations have been issued to the truck driver.

Fiske, whose ward’s border is Sheridan Road, said she felt like she was “hit in the stomach” when she heard the news of Qiu’s death. After the city manager told her what happened, she immediately went to the scene to talk with police, she said.

Fiske said that for the moment, she would like for people to not ride bikes on Sheridan. She said she would like to see the city either reroute bikes to Orrington Avenue or ensure there’s adequate room on Sheridan Road’s east sidewalk for bikers to ride.

An online petition, started by an NU student, also called for the speed limit to be lowered on Sheridan Road. The petition garnered more than 570 signatures since it was put online over the weekend following Qiu’s death.

“Evanston is basically three miles long,” Fiske said. “So, you know, you’re not giving up a lot of time by reducing the speed limit.”

Improvements to Sheridan Road are already slated for 2017, including the addition of a two-way bike lane along parts of Sheridan Road and Chicago Avenue that run through NU’s campus. The planned bike lanes were postponed by City Council in 2014 until 2017 due to construction elsewhere in the city.

Currently, the city is in the design phase of the Sheridan Road improvement project, deputy city manager Erika Storlie said, and construction will begin later in 2017. Construction normally takes place in the summer months when fewer NU students are in Evanston, Storlie said, but because of the size of the project, construction may take longer than just three months.

Half of the first $1 million was devoted to Sheridan Road development, including painting new bike lanes and resurfacing. The money is currently being held until the project begins, Storlie said, and the distribution of the next $1 million of donation for 2016 has not yet been announced.

In addition to the city working on a major repair and reconfiguration of Sheridan Road, NU has been working to make biking on and around campus more safe, by installing better lighting and widening roads on existing paths, University spokesman Al Cubbage said.

Because Evanston has a large biking community, ensuring safety on the road is a primary concern for the city, Storlie said.

“Bike safety is extremely important to the city of Evanston, and we plan to make appropriate plans and decisions for the city at large,” Storlie said. “The city and NU are joint participants and will continue to work together to make our roads as safe as possible for pedestrians, motorists and bikers.”