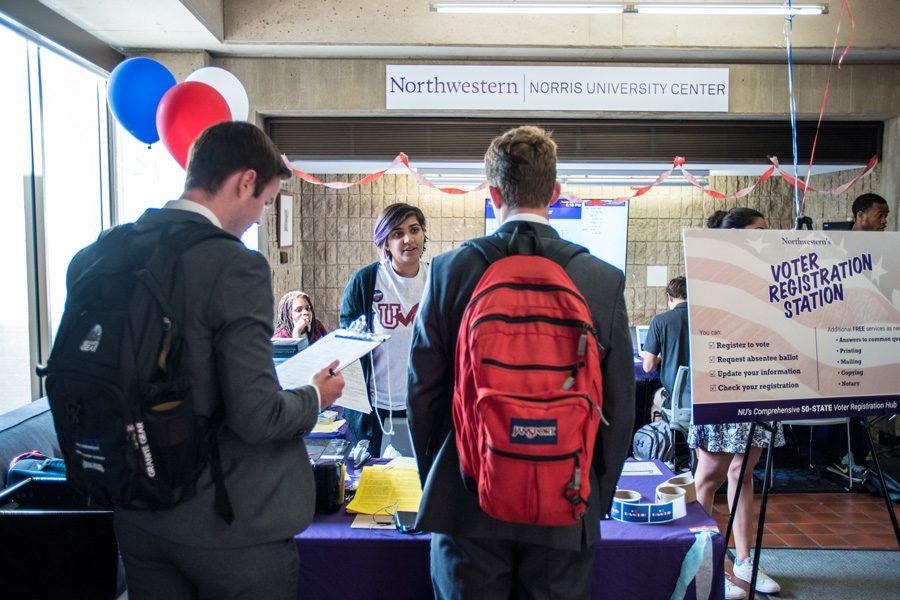 NU Votes –– an initiative started by the University’s Center for Civic Engagement in 2011 –– created NUvotes.org to allow students to register, review and change registration information as well as request absentee ballots before the upcoming election.

NU Votes volunteer Rabeya Mallick (SESP ’15) said only 45 percent of freshmen were registered before arriving on campus, according to polling from Wildcat Welcome.

“It’s really exciting,” Mallick said. “A lot of these students probably don’t really know how to get registered or if they can even vote on campus, so giving them the tools to be able to get engaged themselves is pretty cool.”

According to U.S. Census data collected about the November 2014 election, a little over 42 percent of 18 to 24-year-olds registered to vote. A little less than 65 percent of adults aged 35 to 44 and slightly more than 74 percent of those over 75 years-old registered.

The website was launched this fall and was designed for NU students. The site has information to guide students through necessary forms, as well as directs students to people who can help them with state-specific requirements.

Booths were also set up throughout campus during Wildcat Welcome and in the Wildcat Office, which Mallick said was effective in maximizing outreach to freshmen.

The goal is to promote civic engagement on campus by making registration more convenient, said NU Votes volunteer Simran Chadha, a Communication junior. She said she has enjoyed seeing students stop by the booth and ask questions about the election.

“It’s great to be a part of something that’s mobilizing people to be civically engaged and be productive members of society,” Chadha said.