Guirgis: For students of color at NU, code-switching can be alienating both on campus and at home 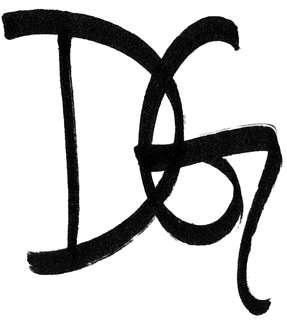 Everyone comes to NU with a story to tell, and perhaps an accent or dialect in which to tell it. Mine is the story of three-dollar Spanish food plates and murals of mandalas in India Square; of a poor high school freshman showing up for the first day of school in cheap and ill-fitting dress clothes because his new dress code was business professional; of developing a writing voice far more buttoned-up than the rapid-fire delivery I use when speaking, the verbalized voice associated with all the negative connotations about my neighborhood. And here at NU, where the mural art is rare and the Spanish food even moreso, my story and its delivery is my only connection to home — and yet I feel like it’s the very thing holding me back.

There are nuances to the way I speak that I can’t capture in the printed word. My vernacular as a Jersey City native comes from New York slang terms and derivations of vowel pronunciation. I miss hearing it at Northwestern almost as much as I miss talking in it with my high school friends. I miss the call-and-response nature of every conversation and the loud colloquialisms I instantly assume that everyone else at Northwestern knows.

Most of all, I miss not feeling like I have to defend myself when I speak.

For those of us who have had to learn to code-switch — to toggle between different dialects in different contexts — the language we perform and the language we implicitly know coexist in an uneasy alliance. We utilize and love both, but they can’t ever slip into each other. The language of privilege triggered resentment back at home, outside of the safe space my classroom provided. If my friends or I were ever caught by rival high schools using it, we instantly sounded “too white,” which meant we didn’t belong at home. In the same way, I’ve never quite felt comfortable at NU speaking in my urban dialect. I’m well aware that it is stigmatized as one of ignorance, of willful poverty and ghetto practicality. If I slip into what I consider my native English tongue — which I once sheepishly described to a professor as “a mixture of stereotypical gay affectations and AAVE (African-American Vernacular English)” — my impostor syndrome flares up; my speech becomes yet another indicator of why I don’t belong here.

This is survivor’s guilt. Low-income students of color like me, who leave their home environments for the upper echelons of education and society, often feel like they’re abandoning their past in order to get ahead. To a certain extent, that is exactly what I’ve had to do. I hide my inner-city accent when I raise my hand in class or meet new people. And when I go back home this winter, the exact opposite will ensue: I’ll do everything I can to fall back into the routines of my home community’s culture, knowing all the while that my time at Northwestern will have altered that experience.

As I move through this quarter, I hope that the limbo I’m currently in becomes easier to transcend. And when I go home, I hope the limbo I’m afraid of returning to once I get there won’t exist. Until I figure it out, however, I hope my classmates forgive my occasional lapses into the language of the home I love and have to abandon for the time being — that when I speak to others at NU, I speak in a second language as part of the suit of armor I’ve donned for protection. And I hope that, by the time I book a flight back home, I’ll have figured out how to navigate it the way I used to.

David Guirgis is a Medill freshman. He can be reached at [email protected] If you would like to respond publicly to this column, send a Letter to the Editor to [email protected] The views expressed in this piece do not necessarily reflect the views of all staff members of The Daily Northwestern.