Student groups will not leave Norris before fall 2018, admin says 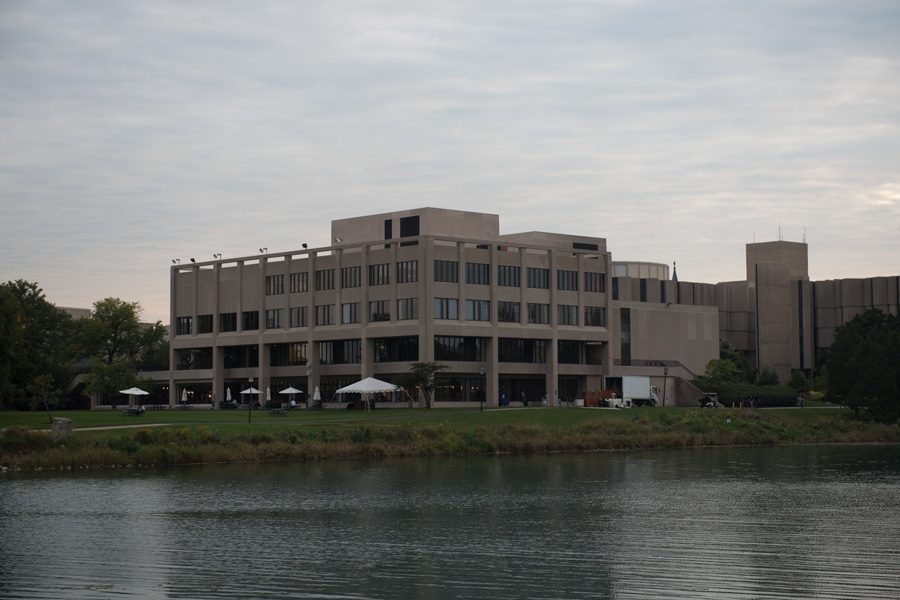 The outside of Norris University Center, which will be replaced by University Commons after Northwestern raises enough money for the transition. An administrator said students likely won’t have to move out of Norris until Fall Quarter 2018.

Student groups likely won’t have to move out of Norris University Center until Fall Quarter 2018, when work on University Commons — the building that will replace Norris — will force groups to relocate, an administrator said.

For now, it is “too early to say” exactly when moving out will begin, Patricia Telles-Irvin, vice president for student affairs, told The Daily. She added that the challenge is raising money to embark on the project.

The project is entering its “design development phase,” which could take at least a year to complete, said Jeremy Schenk, executive director of Norris. After the phase is completed, a construction document will be created for the building’s contractor, which has yet to be selected.

The new building will be about 21 percent larger than the current Norris and have more direct access to the University Library and the Arts Circle, the University announced in August.

In discussions about the transition plan, Schenk said the University’s main goal is ensuring the services Norris provides will continue through the construction process. These include food vendors, event management and planning, student organization resource space, staff offices and meeting places.

In addition to relocating services to other areas of campus, the University is also considering options such as pop-up food vendors and mobile event production, Schenk said.

“Our goal is to have the least impact possible on the events and services that occur in Norris during that transition time,” he said.

Some students who frequent Norris are concerned about the fate of their meeting and study spaces. The University has taken this into account, said SESP senior Christina Cilento, Associated Student Government president, who spoke to Telles-Irvin on Thursday.

Students will have a say in how the transition happens by participating in dialogue events hosted throughout this year, Cilento said. The University will then prioritize what needs to be relocated based on student feedback, she said.
“I think the administration really understands that there can’t be a loss of functionality in the interim when Norris is being constructed,” Cilento said. “They really understand the severity of not having a space for the next few years, and they’re going to try and mitigate that problem to the best of their ability.”