Around the world in 11 weeks: Grant takes Weinberg senior to three continents 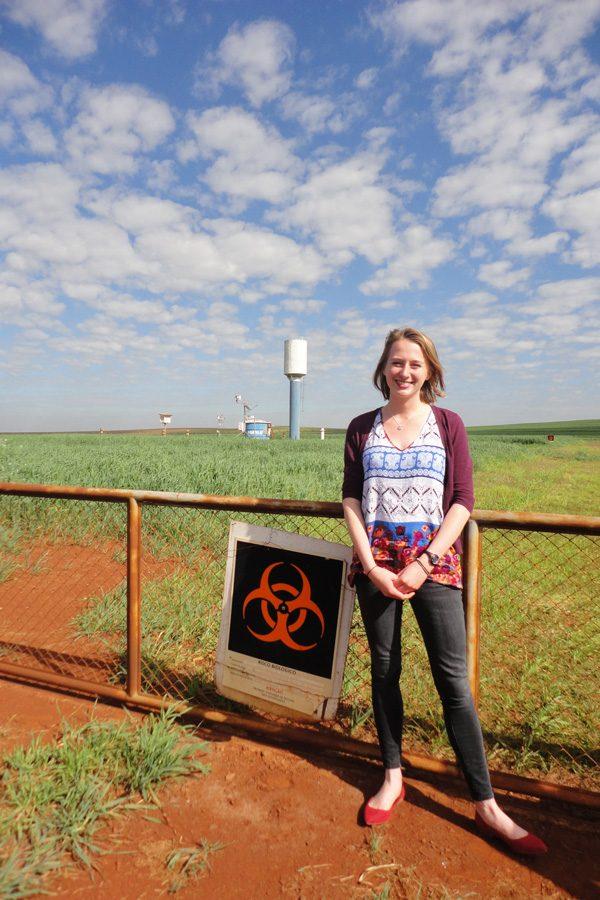 The biggest challenge Tara Mittelberg faced on her 11-week research trip to six different countries was overcoming her fear of flying.

“I had to take 18 planes,” the Weinberg senior said. “I would board every plane and think, ‘Oh my God, this is the one. This is the one that’s going to crash.’”

Mittelberg — an environmental science and international studies major — received $9,000 from the Circumnavigator’s Travel-Study Grant to study genetically modified organisms and their relation to food security in Argentina, Brazil, South Africa, Ghana, Malaysia and the Philippines. She spent more than a week in each country visiting research institutions and speaking to local farmers, non-governmental organizations and anti-GMO activists.

“I wanted to study GMOs because it’s something a lot of people have an opinion about but don’t really know much about,” Mittelberg said. “There’s this really polarizing conversation where people are saying, ‘I’ve heard of GMO, I’m anti-GMO,’ but it’s really a lot more complicated than that.”

It was this goal and the passion behind her research that made Mittelberg an appealing candidate for the grant, said Peter Civetta, director of the Office of Undergraduate Research.

Because of the lengthy application process and single-winner policy, only a handful of students apply for the grant each year, Civetta said. The grant is co-funded by Northwestern and the Chicago chapter of the Circumnavigators Club.

“The (members of the club) are interested in projects that can really potentially change the world,” he said. “If she did the project and did it well, she could really change a conversation that impacts a lot of people.”

Mittelberg’s motivation to study food security stemmed from her high school Advanced Placement biology class, where she learned about biologist and Nobel laureate Norman Borlaug. Borlaug was credited with introducing high-yielding disease-resistant wheat crops to tropical areas such as Mexico and India.

“I wasn’t interested in medicine, and I didn’t want to do anything related to veterinary science … so I wasn’t sure what I wanted to do with biology,” Mittelberg said. “When I saw this huge impact you could have directly through agriculture, I became interested in food security.”

The research trip combined Mittelberg’s passion for food security with her love of adventure, said her mother, Cathy Mittelberg.

“It was a perfect fit for what she wants to do with her life,” Cathy Mittelberg said. “Tara is very interested in the topic she studied and trying to get to the bottom of the controversy with GMOs. This allowed her to really explore that on a world level and not just in the United States.”

In addition to furthering her academic passion, the trip also impacted her daughter on a personal level, Cathy Mittelberg said. Tara became more independent and a better problem solver, she added.

Receiving the grant and embarking on the journey was not simple, as Mittelberg juggled completing her application and proposal while studying abroad last fall in Ecuador, she said. After being notified that she won the grant, Mittelberg had to figure out the logistics of her trip on top of being a full-time NU student.

“It was like a whole other class Winter Quarter putting everything together,” she said. “I went with a travel agency to plan my flights, so that helped, but looking for places to stay and trying to make contacts and strengthening my contacts in each country — it was a lot of time.”

However, Mittelberg was not deterred.

“This is a really unique opportunity that Northwestern has, and there probably won’t be another opportunity to independently plan a world trip and research something you’re passionate about,” she said. “It’s a big trip, but once you get going it’s really wonderful.”