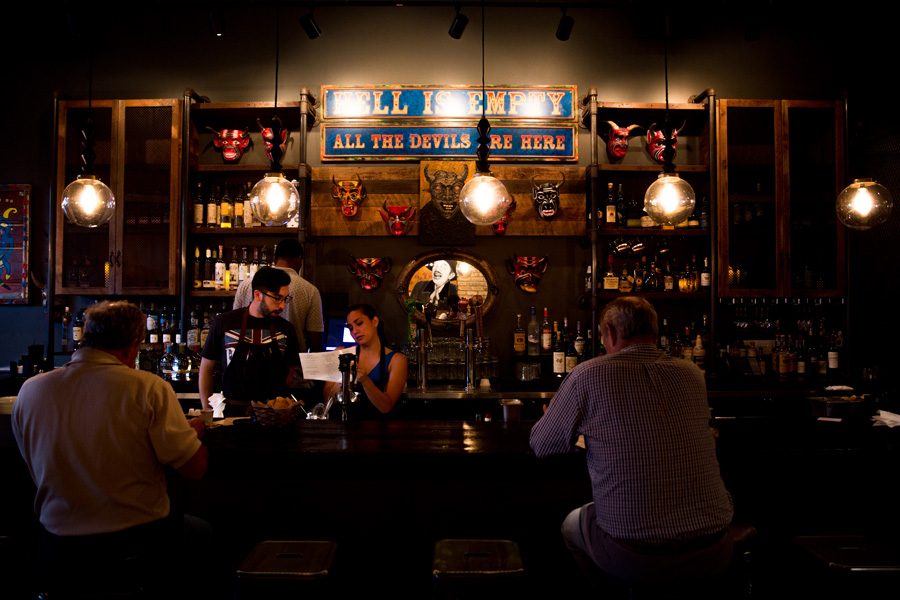 Taco Diablo, 1026 Davis Street, reopened on Aug. 31 after a devastating fire almost three years ago. The restaurant will be housed in the same building as two other food establishments, under the same ownership.

Almost three years after a devastating fire, Taco Diablo is serving up its Mexican fare once again.

Taco Diablo reopened on August 31 in a new building at 1026 Davis Street after burning down in 2013.

The taqueria was only 18 months old when it burned down on Dec. 29, 2013 in a fire that also destroyed Pine Yard Restaurant and TechniColour Nail & Day Spa. Daniel Kelch, the owner of multiple Evanston restaurants including Taco Diablo, had always been optimistic that the restaurant would come back to Evanston.

“When the fire happened the first thing we wanted to do was reopen the restaurant,” Kelch said. “We didn’t want to go anywhere but Evanston.”

After the fire, Kelch bought a building across the street from the original restaurant’s site to use as Taco Diablo’s new location. Kelch’s restaurant Lulu’s closed just three months after the 2013 fire for unrelated causes, but the new site offered the business a new start. Designs for a new building at 1026 Davis St. were approved in 2014 and the space—which previously housed Tom Thumb Hobby & Crafts—allowed room to do more than just reopen Taco Diablo. Kelch decided to use the building to reopen Lulu’s as well and start another restaurant called Five & Dime.

“While Taco Diablo is very much the same, the overall project kind of exploded to a new scale,” Kelch said.

Taco Diablo serves tacos, salads and margaritas, and features the same design elements as the original restaurant. Natalie Barbier, the restaurant’s manager, praised the new style as “a little more different, a little newer and a little jazzier” than the original while still incorporating the old bar, reclaimed wood and artwork found in Taco Diablo in 2013.

“The fact that it’s reopened on Davis Street is critical. It had a huge following and people were really sad when it closed,” Zalmezak said. “It’s now the spark to create this new entertainment area, and it has the potential to transform Davis Street. I think this will pull some activity westward.”

Although the fire was a significant loss for Kelch, he said the Evanston government and Economic Development Committee helped make Taco Diablo bigger than it was before. Kelch also helped rebuild the site of the fire and is working to find new tenants to fill the space.

“Hopefully no other Evanston business has to live through such a catastrophe. But we’re restaurant people, so we just got back up on that horse,” Kelch said. “It can be done. I think we’re a testament to that.”